DHL and they Hyperloop Pod Competition 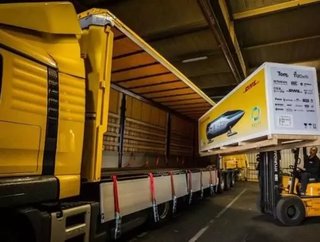 In 2013, Elon Musk unveiled the Hyperloop Alpha concept, which proposes the idea of a superfast &ldquo;Hyperloop pod&rdquo; transporting passengers or c...

In 2013, Elon Musk unveiled the Hyperloop Alpha concept, which proposes the idea of a superfast “Hyperloop pod” transporting passengers or cargo between San Francisco and Los Angeles.

Naturally with the mention of cargo, the transport system could easily be used for logistics.

Fast forward three years and logistics giant DHL Express has thoughts on doing exactly that through the Hyperloop Pod Competition.

What is the Hyperloop Pod Competition you say?

SpaceX, the space technology manufacturer and developer, which has dabbled in the transportation of space cargo to the International Space Station, is running the Hyperloop Pod Competition. The competition challenges universities and engineers around the world to design and build the best Hyperloop prototype.

These will then be tested in early 2017 at SpaceX’s newly constructed test track in California.

And, we all love a sequel, due to the popular and overwhelming demand SpaceX has announced the Hyperloop Pod Competition II. This will take place in the winter of 2017.

How does DHL fit into all of this? By delivering an all-important package…

As noted, the moment the words cargo and high speed transport were uttered in the same sentence the world changed. DHL Express, world leader in express and logistics, has offered its support to one particular company which has entered the competition.

The Delft Hyperloop will be transported to California aboard a DHL freighter plane in a specially built flight case that will successfully protect the capsule during travel.

Ken Allen, CEO of DHL Express, aid “In our efforts to stay ahead of the curve, DHL is continuously looking at ways in which our own business could be enhanced or renewed over the near and long-term. As the quickest option, available in today’s world when it comes to global door-to-door transportation, we are also happy to support any initiatives that look to push the boundaries of logistics to new levels of speed and efficiency.

“We therefore welcomed the opportunity to bring our capabilities, knowledge and global network to bear in support of the TU Delft team as they built a viable Hyperloop prototype. We hope that DHL has inspired them with our own logistics performance today and that we have made a contribution to their future success in the SpaceX Hyperloop Pod Competition,”

DHL is the logistics partner of the Delft Hyperloop, taking care of all transportation needs around the project.

The dedicated intercontinental transportation move has involved a number of specific challenges: the cross-border shipping of the original, high-quality technology, built with magnets and batteries, was enabled by DHL’s specific customs expertise and in-depth knowledge of air cargo regulations.

In addition to the physical transportation, DHL has also contributed to the feasibility of the concept and the selection of an economic model. Broad application of the technology for the transport of passengers and freight is an important factor for the economic viability of the hyperloop. DHL has provided the project team with relevant proprietorial data on the use of energy and the environmental impact of air and road transport, supporting the team in their efforts to benchmark the performance of the hyperloop against existing modes of transportation and build a business case for the technology.