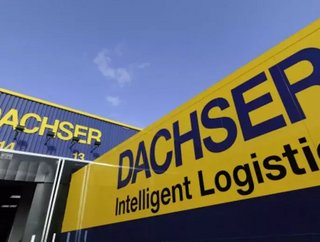 Dachser announced on the eve ofMultimodal that itis to invest &pound;23 million in a major new integratedlogisticscentre close to its existing operatio...

Dachser announced on the eve of Multimodal that it is to invest £23 million in a major new integrated logistics centre close to its existing operation in Northampton, UK.

The company has purchased a 7 hectare freehold site on which it plans to build a 6,000 sq metre cross-dock facility and 11,000 sq metres of contract logistics warehousing, together with two-storey office accommodation.

UK MD Nick Lowe told Multimodal that the development, scheduled for completion by March 2014, was in response to the rapid increase in demand for Dachser’s pan-European trailer services. “Export growth was 15% last year, closing the gap on our imports which are growing slightly more slowly. That’s giving us an ideal balance between our inbound and outbound traffic and I’m pleased to say we have maintained our rate of growth in the first quarter of 2013.”

Lowe added that this was a result of significant growth in market share for Dachser, since the company’s analysis of trailer movements in and out of the UK indicated an increase of only 2.5% last year.

The new Northampton premises will allow Dachser to consolidate several facilities on the adjoining Brackmills industrial estate, including a cross-dock operation that will now double in size, two contract logistics warehouses and an additional storage unit on short-term rental.

Lowe said Dachser, which currently employs 140 at Northampton, would recruit 40 to 50 new personnel in the first phase. The company’s plans include provision for a further 2,400 sq metres of cross-docking and 10,500 sq metres of additional warehousing, which Lowe hoped could be developed in five to six years if volumes continued to increase.


With many similar announcements of infrastructure investment and new contract wins on the opening day, Multimodal 2013 looks set to be the busiest event in its six-year history as well as the biggest, with 270 exhibitors and more than 6,000 pre-registered visitors.