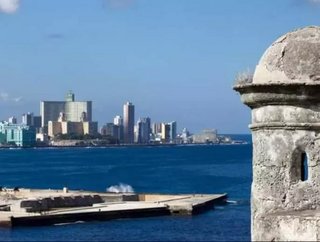 The American Government has made it easier for container services calling at US to use Cuba as port of call, which, it is suggested, is a move that coul...

The American Government has made it easier for container services calling at US to use Cuba as port of call, which, it is suggested, is a move that could promote container trade between the two nations.

On Tuesday, the Department of Commerce’s Bureau of Industry and Security (BIS) will begin allowing vessels to transport cargo originating in the US to Cuba and thence to other countries with any remaining cargo that has been loaded at a US port – provided it has been authorised.

According to the Wall Street Journal - at the same time as President Barack Obama’s historic visit to the island, officials from 18 shipping companies toured a number of locations across the country. This included the Port of Mariel; the consortium also met with ProCuba, a Cuban group looking to promote foreign investment in the country.

Aside from investing in equipment to host larger ships, it was highlighted that the island desperately needs to upgrade its land infrastructure to ensure that freight can be transported across land properly – one official even noted that it was faster to transport goods via boat, instead of the country’s road networks.

The Port of Mariel is, however, modern and is due to receive further development from Singapore-based terminal operator PSA International.