CSX invest $26m in expansion of the River Line 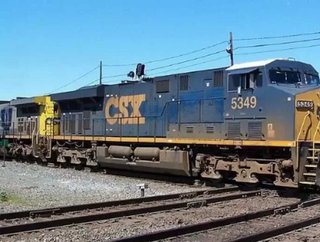 Rail freight specialists CSX have announced a major track capacity expansion for 2013, with a new $26 million project to expand the River Line between New Jersey and Albany.

The project, which is slated to begin early this year, will add a second track totaling 18 miles over the next two to three years, allowing for additional capacity on the Hudson River’s west shore.

Preliminary work to prepare the sites in New York State is already complete, according to CSX, which is currently completing projects on terminals and other network capacity improvements to prepare long term growth, with complementary capacity improvements planning for the construction of the national gateway to  allow for double-stacked containers.

“It’s critically important that we be prepared to meet our customer’s needs as they grow,” said Clarence Gooden, executive vice president and chief commercial officer. “The River Line is a key lane for growth and will further contribute to economic development as well as environmental benefits through CSX’s terrific fuel efficiency.”

Last expanded in 2005, the River Line has experienced consistent growth in rail traffic on the line over the last several years and CSX claim that growth projections now warrant additional investment to further increase the corridor’s capacity.

“We continually model our growth projections to ensure that we are fully leveraging our network capacity,” said Oscar Munoz, executive vice president and chief operating officer. “Today, we have sufficient capacity for our near-term growth projections, and the capacity expansion initiatives will ensure we’re prepared for additional demand for our services. Demand for crude oil, for example, in the New Jersey and Philadelphia area may be as much as five trains per day, or over 400,000 barrels, over the next couple of years. Our capacity initiatives give us the capability to handle this growth along with business opportunities in our merchandise, automotive and intermodal sectors.”

The River Line is part of CSX’s premier I-90 corridor that connects Chicago with New York, northern New Jersey, and the Philadelphia areas, and supports some of the network’s highest velocity and volumes – much like when it existed as the centerpiece of the predecessor New York Central System.