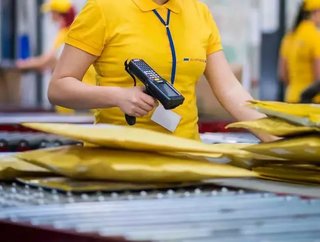 As a predicted £7bn is to be spent in the UK across the Black Friday period, it stands to reason that retailers need a little help managing the orders...

As a predicted £7bn is to be spent in the UK across the Black Friday period, it stands to reason that retailers need a little help managing the orders. With Amazon dominating the sales, over 225 million items will be purchased in the next few days, and courier insurer Staveley Head has conducted a study into Black Friday logistics.

Collecting data from the likes of Amazon, Argos, Royal Mail and beyond, Staveley Head found that around 82,000 lorries and vans will be on the roads delivering Black Friday parcels this year. This is an increase of 52%.

An additional 49,000 seasonal staff will be hired across Royal Mail, Argos, and Amazon. Amazon UK will be hiring the most additional staff (20,000) to deal with Black Friday, which marks an 83% increase. They will mostly be hired to work within the 11 fulfilment centres across the country. Royal Mail will be hiring almost the same number, and Argos will include an additional 10,000 in its number.

In 2016, around £600m worth of products bought over Black Friday and Cyber Monday were tied up in returns loops, according to Clear Returns. Unwanted parcels cost retailers £60bn a year, as processing an order costs between £3 and £10, with returns costing double or triple that. Many returned parcels are simply disposed of to save on costs.

Ashley Peters, Managing Director at Staveley Head, commented: “As insurers of Courier and HGV drivers in the UK, we wanted to go behind the scenes to see the impact of Black Friday on logistics and what happens once an order has been placed. The amount of extra staff and vans hired to deal with the sheer volume of parcels is quite incredible, and can be a very expensive, logistical nightmare for so many companies. It is therefore no surprise that some brands decide to skip Black Friday and focus purely on Christmas during peak season.

“Our Black Friday logistics research aims to raise awareness of the behind the scenes effort that courier drivers, warehouse operatives, retail employees and postmen/woman go to, in order to deliver a smooth and efficient service each year.”