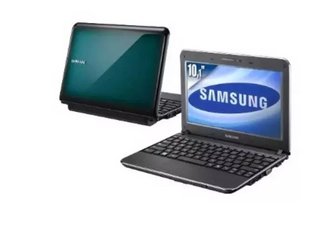 On the heels of Googles stunning announcement to acquire Motorola Mobility, Samsung is reportedly toying with the idea of buying Hewlett-Packards strug...

On the heels of Google’s stunning announcement to acquire Motorola Mobility, Samsung is reportedly toying with the idea of buying Hewlett-Packard’s struggling PC business.

HP announced that it intends to rid itself of its personal computer supply chain, and while no clear buyer has emerged, Samsung would seemingly be a good fit. HP’s computers are assembled entirely by Taiwanese companies Hon Hai, Quanta, Inventec and Wistron, and Samsung is reportedly looking to outsource its notebook production to Taiwan.

Sources in a report on DigiTimes suggest that Samsung may make a move for HP’s PC business, but it must be stressed that it’s purely speculation at this point.

The deal could set off a firestorm in the tech supply chain, which would feel the effects of a rapidly evolving global IT industry. The potential for disruption was so great that Taiwan’s economic ministry has already established a taskforce to tackle potential scenarios and how the government could react.

According to a report on DisplaySearch, Apple passed HP to become No. 1 PC vendor in the world. Apple shipped 13.6 million computers and iPads in the second quarter, compared to 9.7 million for Hewlett-Packard.

Dell, Acer and Lenovo rounded out the top five.

Hewlett-Packard could be planning to shift its resources away from the PC market and into its other areas of interest, as the company has plenty of other alternatives. Either way, it’s clear that Hewlett-Packard is in a fair amount of trouble.

The company’s intention of leaving the PC market comes not long after HP decided to exit the tablet market, which is being dominated by Apple’s iPad.