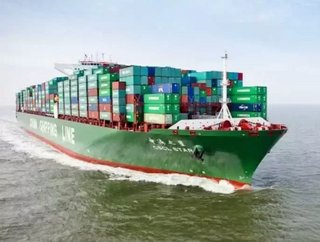 The two shippers have a combined market share of 80 percent in  the domestic coastal container trade. In the agreement, which begins in mid-October, the two companies would each deploy ships to jointly operate the routes, according to CSCL.

In a statement released today, CSCL said: "This move is just the start of an intensive cooperation in domestic container shipping between CSCL and COSCO."

Container freight rates have been battered in recent years, suffering from a slowing global economy. Rising US demand and efforts to cut costs, however, have resulted in a small rise in the second quarter.

Shares in China COSCO, which also operates the world's largest dry bulk cargo fleet, are still down around 6 percent so far this year, while CSCL's stock has been flat.