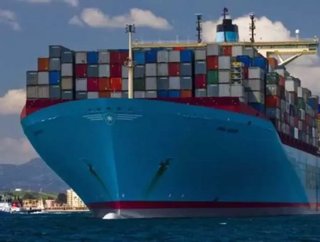 Many global economic experts view container shipping as an economic bellwether, pointing to international shipping traffic as a leading indicator when...

Many global economic experts view container shipping as an economic bellwether, pointing to international shipping traffic as a leading indicator when talking about future economic prospects.

If that’s true, we could be in for a double-dip recession after all. Global shipping leader A.P. Moller-Maersk saw its container shipping unit slide into the red this past quarter, lowering economic expectations around the globe.

Bunker fuel prices have skyrocketed, while freight rates have dipped approximately 30 percent to an unsustainable level, according to The Wall Street Journal.

Maersk controls about 16 percent of the world’s total shipping market and operates 500 ships around the globe. The company has ordered a full line of larger container vessels called Triple-E ships, the largest container vessels ever built, which will grow shipping capacity to a dangerously large level.

In 2011, capacity for Maersk will grow by an estimated 8.5 percent, with a similar growth pattern in 2012. Then, when the first wave of its Triple-E container ships arrive, Maersk will see its capacity increase by 10.2 percent.

During a growing economy, this wouldn’t be much of a problem, as the shipping market would demand higher capacity to ship more goods. But with today’s market and the fear of a double-dip recession, higher capacity and lower trade could mean emptier ships and losses for global container shipping lines like Maersk.

Maersk competitor COSCO is seeing a similarly disturbing trend. While analysts are predicting a 6 to 7 percent trade growth forecast, COSCO has new vessels on order that amount to nearly 45 percent of its current fleet. The company has reportedly had freighters seized for non-payment.

This makes for an ocean freight market that is hit by an oversupply of vessels and an undersupply of trade materials. COSCO has reportedly had freighters seized for non-payment.