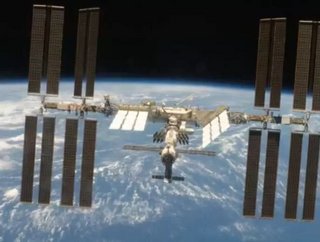 The intergalactic supply chain is in trouble. Well, maybe its not quite intergalactic, but there are concerns mounting over a Russian space freighter t...

The intergalactic supply chain is in trouble.

Well, maybe it’s not quite intergalactic, but there are concerns mounting over a Russian space freighter that has reportedly lost contact with the Earth. The supply ship was carrying 2.9 tons of food, fuel and supplies from the Baikonur Cosmodrome to the International Space Station.

NASA spokesman Rob Navias told CNN that contact with the space freighter was lost about three minutes before it reached orbit. Mission Control Houston said that it received a message of an “off-nominal situation” five minutes and 50 seconds after launch, during the supply ship’s third and final stage of liftoff.

There were no people on board the space freighter, which was carrying its supplies to the six people currently living on the ISS.

According to Navias, the Russians resupply the International Space Station about every three months. The six people living there are “well supplied – actually oversupplies” since the last U.S. shuttle mission that launched for the same purpose in July.

Similar missions launched by the Russian space agency, including these progress-series space freighters, have been the “backbone of Russian space cargo operations for decades,” Russian news agency RIO-Noviosti reported.

The news outlet also said that the progress-series space freighters have also been used to carry out scientific experiments and adjust the space station’s orbit.

There have been no confirmations of a crash (or alien interference, for that matter), but the communications delay has undoubtedly left officials concerned over the uncertainty surrounding the outer space supply chain.