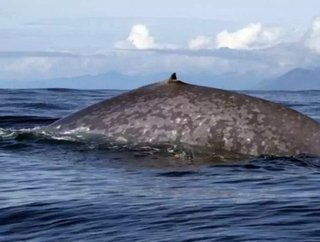 Eco-friendly supply chain enthusiasts were clapping at the news that broke on Wednesday, as the U.S. Coast Guard published a proposal that would narrow...

Eco-friendly supply chain enthusiasts were clapping at the news that broke on Wednesday, as the U.S. Coast Guard published a proposal that would narrow shipping lanes in the Santa Barbara Channel in an effort to help budding whale life.

The proposed changes would also create a more defined route for shipping route for freighters in the area.

The USCG report proposed that lanes in the California channel would be moved north of an underwater drop-off near Santa Rosa and Santa Cruz islands. Humpback, fin and blue whales have been gathering in the area for krill feeding.

The Coast Guard argues that the shift will help preserve marine mammal life, which are at risk of being struck in the current shipping lanes. In the last four years, four blue whales have been killed after being struck by vessels in the area.

Over the last 10 years, about 50 whales have been hit by ships off California’s coast, which is one of the busiest shipping regions in the United States. The National Oceanic and Atmospheric Administration designated the Channel Island shipping lanes as part of a “Whale Advisory Zone” in 2007.

According to environmentalists, however, those measures are voluntary, and ship captains don’t always use necessary caution.

Those proposed speed reductions were not part of the USCG published proposal, however.