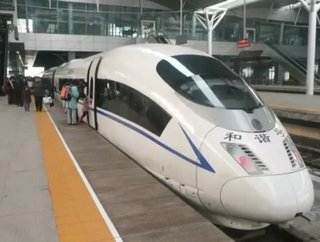 A month after testing began on a new freight rail line that will link Europe to China, high-speed rail expansion in the Far East looks like it will be...

A month after testing began on a new freight rail line that will link Europe to China, high-speed rail expansion in the Far East looks like it will be slowing down for awhile.

In a story published by USA Today earlier this week, China may finally be bowing to critics of its high-speed rail system due to value and safety concerns.

China has built or renovated close to 300 stations for bullet trains that are capable of speeds upwards of 300 mph and is committed to doubling its world-leading high-speed rail track length by 2015.

Top speeds for these bullet trains were recently lowered from 216 mph to 186 mph due to safety concerns.

A decrease in speed is only part of the problem facing high-speed rail in China. According to railway economics expert Zhao Jian, high-speed rail does not make a lot of fiscal sense, either.

“High-speed rail costs three times as much as ordinary rail,” Jian told USA Today. “In no country worldwide has high-speed rail ever been profitable.”

So China has hit the proverbial brakes on high-speed rail expansion over the last three months. What’s ironic is that U.S. President Barack Obama thinks the United States needs to spend more on developing a network of high-speed rail lines, asking for $53 billion to make that dream a reality.

The reality of U.S. high-speed rail looks to still be a pipe dream. While bullet trains sound good on paper, some Chinese citizens think rail development should go a more traditional route.

“China has so much high-speed rail because in China the government decides, so from the railway ministry down to local government these are ‘face’ projects that cause high levels of debt,” Jian said. “China needs more ordinary railway, not high-speed tracks.”