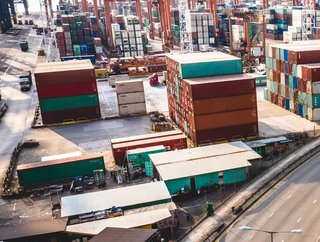 We’ve followed the delays and bottlenecks at Chinese ports over much of this summer. The reason why we keep coming back to this issue over and over is simple: most of our base suppliers—those who craft the essential parts for electric cars, military technology, and consumer goods—are located in Asia. And when that supply chain falters, it sends ripple effects across the ocean from Africa to Europe to North America.

So that you’re up to date on the latest developments, freight forwarder CH Robinson filled the world in on what’s happened.

How Did It Start?

The typhoon strikes China, causing water to flood its central Henan region and temporarily shutting down operations at Zhengzhou, one of China’s major air freight hubs. Not too much damage there. But as the In-Fa typhoon moves north, it forces Shanghai officials to close all of the city’s air, sea, and rail hubs. ‘Shanghai has been closed since Friday’, says CH Robinson. ‘We expect to see vessel berthing delays of four to six days at each port’.

What Will Be the Effects?

According to Business Times, ‘the continued flooding will result in millions of dollars in economic damage and severe disruptions to world supply chains’. In addition to In-Fa’s impact on freight shipments, the typhoon affected crops. The Henan region supplies China with wheat and coal, and with train tracks flooded out, there’s little to no chance that they’ll be able to ship them out to the rest of the country. Says a Xinhua News Agency report: ‘Henan contributed 10% of the country’s total harvests’.

Unfortunately, extreme weather will grow more common as our emissions heat up the atmosphere. ‘China routinely experiences summer flooding’, the Guardian explains, ‘but rapid urbanisation, as well as the worsening climate crisis, has exacerbated the impact’. Concludes Haley Zaremba in Oilprice.com: ‘Storms like this one have the power to cripple essential supply chains and impact people’s access to food and power overnight’.

Because officials cancelled hundreds of flights at both Shanghai and Ningbo, carriers probably won’t recover their complete flight schedules until Wednesday. Shipping rates have spiked. Available space is limited. And though cargo is being re-routed to other Chinese terminals, Norman Global Logistics points out that this will increase supply chain pressure.

According to Shanghai’s Marco Reichel, Crane Worldwide Logistics’ APAC Business Development Director, this is the last thing the region needs right now. Companies need to rebuild trust in global shipping networks, and if delays continue, they may domesticate their supply chains for good.

But in reality, that’s not a viable option. European and North American companies aren’t at the point where they can cut out 100% of their Chinese-sourced goods. What really needs to happen is better data collection, better risk mitigation, and better disaster response. That way, the next time a natural disaster, pandemic, or cybersecurity attack hits, Asian supply centres and shipping ports can recover—with alacrity.