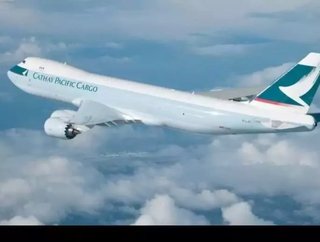 Follow @SamJermy and @SupplyChainD on Twitter.Cathay Pacific Airways has reiterated its unequivocal support for the building of a third runway at Hong K...

Cathay Pacific Airways has reiterated its unequivocal support for the building of a third runway at Hong Kong International Airport (HKIA).

In a process which has shades of the current situation in the UK with Heathrow Airport, the airline has stated it believes a third runway is the only viable way to ensure the long-term competitiveness of Hong Kong as a premier aviation hub to support tourism, international trade, logistics, finance and professional services.

Cathay Pacific Chief Executive Ivan Chu said: “There is an urgent need to move ahead with the third runway project as the airport is fast approaching its maximum runway capacity. It is certain that the airport will reach capacity well before a third runway could be built, which is of great concern when we are seeing increasing competition from other rapidly expanding hubs in the region.”

Regarding the funding of the third runway project, Cathay Pacific supports the views presented by Tony Tyler, Director General and CEO of the International Air Transport Association (IATA) at a lunchtime address in Hong Kong.

Tyler said that Hong Kong airport is a huge success and that IATA has long been an advocate of the need for a third runway. On the funding of this major project, he said there is ample scope for the airport to borrow the capital needed through bonds or commercial loans.

“Could a third runway be developed without increasing charges, without placing a burden on taxpayers, without making it more expensive for travellers, without adding an extra burden to shippers and while increasing the hub’s competitiveness? It’s an ambitious undertaking but I believe that the answer is yes.” he added.

Cathay Pacific believes the construction of the third runway can be self-funded through existing income streams, especially as the number of passengers moving through the airport continues to grow.

Mr Chu said: “Hong Kong International Airport is extremely successful. It is the world’s busiest airport for international freight and the third busiest in terms of international passenger traffic. The Airport Authority enjoys the highest net profit of any airport in the world and benefits from strong cash flows, a healthy balance sheet, and growing income from retail and aeronautical streams.

“The Airport Authority is fully capable of financing the construction of the third runway through its own means without the need to impose additional financial burden on users. Charges must remain competitive to ensure continued growth for aviation, tourism and related industries.”

Cathay Pacific also believes that, as a public body, the Airport Authority should reinvest its income in the development of the third runway, so that the airport can maintain its premier hub status and continue to make an important economic contribution to Hong Kong.

What do you think? Tweet us @Supply ChainD or for information, please visit: http://www.cathaypacific.com/cx/en_HK/about-us/press-room/press-release/2015/Cathay-Pacific-fully-supports-construction-of-the-third-runway-at-hong-kong-international-airport.html