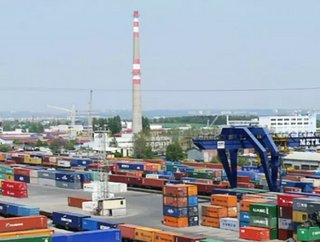 The Brazilian Congress has approved plans to open up its ports to private investment, in a bid to modernise facilities and reduce overcrowding. The leg...

The Brazilian Congress has approved plans to open up its ports to private investment, in a bid to modernise facilities and reduce overcrowding.

The legislation aims to make it easier to hire skilled foreign workers and lifts restrictions on the building of private ports in order to spur economic growth, yet may still change pending approval by President Dilma Rousseff.

Brazilian port terminals charge some of the world's highest prices to move goods; a state which partially stems from labor agreements, red tape, taxes and lack of competition between terminals.

According to reports by the Associated Press, the legislation eliminates a rule that forces private companies with their own terminal to handle only their own cargo. Part of a government investment plan which aims to prevent bottlenecks which damage the country’s exports, the initiative will invest 54 billion reals (USD$27 billion) to improve the competitiveness of Brazilian exports.

Brazil currently conveys 95 percent of its foreign commerce through 34 major ports, which the government claims are unprepared to handle a potential quadrupling of traffic to nearly a billion tonnes a year by 2030. Currently, ports in the southeast are working at nearly 100 percent capacity, with those in the rest of the country expected to be saturated by 2016.

The changes which were approved by the National Immigration Council, make life easier for companies in need of skilled labor.