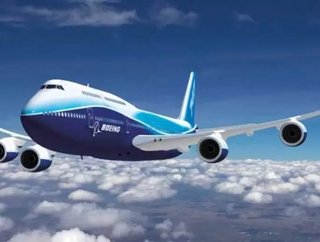 Boeings ambitious growth plans go beyond just producing more planes. Just days after it was revealed that Boeing would ramp up production by adding unp...

Just days after it was revealed that Boeing would ramp up production by adding unprecedented supply chain visibility, the airplane manufacturer has confirmed that its new 747-8 freight aircraft will be displayed at the Paris Air Show on Monday.

The biggest news surrounding this new freight plane is that Boeing will fly the plane to Paris from the United States using a renewable aviation jet fuel. The trip will mark the world’s first transatlantic crossing of a commercial jet using biologically derived fuel.

“This historic flight is a boost to aviation’s efforts to reduce carbon emissions and improve efficiency in all phases of our industry,” 747-8 Vice President and General Manager Elizabeth Lund said. “The 747-8 Freighter fits in well with these efforts by bringing huge improvements in fuel efficiency, lower carbon emissions and less noise."

The freight plane will fly on a fuel using 15 percent camelina-based biofuel, mixed with 85 percent of traditional kerosene fuel. Camelina, grown in Montana, is an energy crop grown in rotation with dry wheat.

Plant-based biofuels can provide a net reduction in carbon emissions, and Boeing and other industry leaders have spent five years researching and testing biofuel alternatives such as camelina.

Stay up to date on the Paris Air Show, with updates on Boeing’s new 747-8 freight aircraft, by going to www.boeing.com/paris2011. Updates can also be found on Twitter by following @Boeing and @BoeingAirplanes.