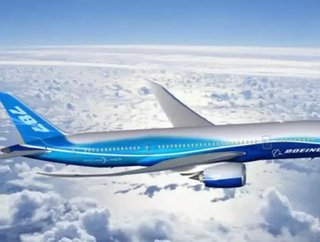 Finally. Thats what most people in the airline and air freight business are saying following news that the Boeing 787 Dreamliner is close to arrival. N...

That’s what most people in the airline and air freight business are saying following news that the Boeing 787 Dreamliner is close to arrival.

Nippon Airways will serve as the Dreamliner’s launch customer on the long-range, wide-bodied jet that some are predicting could revolutionize the air transport industry.

The Dreamliner has seen several delays in production since the idea was initially conceived in 2003. First flights were delayed three months twice in 2007, and a six-month delay to delivery was announced that same year due to supply chain problems.

With 835 orders worth about $163 billion from more than 50 customers, Boeing needs to make sure its supply chain is functioning at its highest level to meet what is expected to be a skyrocketing demand for the Dreamliner.

Boeing is going to try to ramp up its production by adding an unprecedented amount of supply chain visibility to the equation. The aircraft manufacturer is hoping to see output climb 40 percent between now and the end of 2013 by producing 10 Dreamliners per month by 2013.

The company is still sold out of the 787 Dreamliner through 2019, which is contingent on Boeing meeting its lofty production goals.

“When they actually release that 787 for production ... there’ll be a big surge in demand and right now I think the entire marketplace of subcontractors that support that build are skeptical,” Michael Hartnett, chief executive of Boeing-supplier RBC Bearings told the Financial Times.