Aviation Figures Suggest that Industry is Taking Off Again 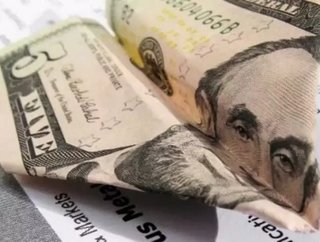 Do I want a &lsquo;full-body scan or an &lsquo;enhanced pat down? Thats the question that airline passengers must now ask themselves before deciding to...

Do I want a ‘full-body scan’ or an ‘enhanced pat down’? That’s the question that airline passengers must now ask themselves before deciding to fly. Sometimes it’s hard to choose because both options sound so delightful and unobtrusive. Dissenters of the new security measure equate it to a choice of either being stripped or being groped. The controversy is fueled by the Transportation Security Administration’s new surveillance scanners and the idea that the images taken by officials are a violation of the Fourth Amendment, which bars unreasonable searches and seizures. Passengers can opt out of the body scans, but they will then draw the lucky straw that let’s overbearing TSA employees feel them up. You usually have to pay double for that kind of action, but TSA employees get to do it for free now upon any body scan refusals from travelers. These glorified x-ray machines deployed by the TSA have stolen all but a few of the headlines, which is discouraging because there is REAL aviation industry news out there and if the indications are true, then we might be closer to economic recovery than we think. That is not to say that TSA’s new security technology isn’t important. It’s just that the hoopla surrounding this whole illegal search issue will eventually die down, and people will accept airport scanners the same way they accept highway traffic cameras. It’s just another part of daily life that sucks and feels wrong, but in the end probably makes traveling a hell of a lot safer.

The more significant news out there has to do with the industry growth that the International Air Transport Association is forecasting for 2010. Things weren’t looking so hot in 2009 as overall revenue, passenger growth and cargo growth regressed across the board. Revenue slid to $483 billion, a nearly 15 percent decline from the $564 billion that was generated in 2008, and the number of passengers traveling by air also retreated 2.1 percent. But cargo growth, a lead indicator of global trade, was worse off having decreased in each of the last two years. Officials openly worried about the long-term prospect of cargo transportation by air. According to figures from the IATA, cargo growth in 2009 was down a staggering 9.8 percent after having already fell 1.2 percent in 2008.

The projections for 2010 look more promising than any year-on-year increase since 2004. Revenue is expected to jump 15.9 percent, back up to the $560 million range, and the passenger volumes will surge to nearly 2.4 billion, a 7.7 percent growth. But the growth in cargo, which is measured by freight tons in the millions, is forecasted to make the most substantial jump. If the IATA is correct, then cargo growth will have finished 2010 up 19.8 percent, having sent 44.2 million tons of freight through the aviation industry. The mark of 44.2 million tons would be an all-time high, and would represent a 3.2 percent world economic growth. Industry officials, however, are not suggesting than the worst is behind us and that the future remains to be seen.

"The picture going forward is anything but clear, but for the time being, the recovery seems to be strengthening," commented Giovanni Bisignani, IATA's director general and CEO.

If revenues, passengers, and cargo are all up, then there’s a clear bridge to aviation expenses also being on the rise. The IATA forecasts an 11.4 percent increase in expenses, rising to 539 million overall, up from 484 million in 2009. Operating costs in the aviation industry are split between fuel and non-fuel components. Fuel consumption represents a quarter of all expenses in aviation, which is why consumers will see a spike in fuel surcharges between certain destinations. In December, American Airlines Cargo increased its fuel surcharge to and from Japan and cited “jet fuel spot markets” as its reason for doing so. Jet fuel prices at New York, US Gulf Coast, Los Angeles, Amsterdam and Singapore are all in the midst of a double-digit percentage increase, so there are no indications that those surcharges charged will stay put. For now, however, the outlook is trending upward.

“We are ending 2010 in much better shape than we were just 12 months ago. Airlines have turned losses into profit—albeit tiny. Despite the economic uncertainties people continue to fly. Airlines appear to be managing capacity in the upturn with a good deal of prudence. And cost control continues to be a main theme for airlines everywhere,” said Bisignani.

But total aviation recovery will not be achieved until there is cooperation across all nations, according to Bisignani.

“Not all in the supply chain have the same courage to change. We have been waiting decades for the efficiency of a Single European Sky. Average air traffic management costs per flight in Europe are EUR 771, compared to EUR 440 in the US. This is a EUR 5.0 billion competitive disadvantage for Europe that affects everybody that flies or ships goods by air. Reluctance to change continues to put the program at risk. It is extremely disappointing to see some European state governments refusing to implement the 4.5% cost reduction target for 2012-14 agreed by the independent Performance Review Board,” said Bisignani.