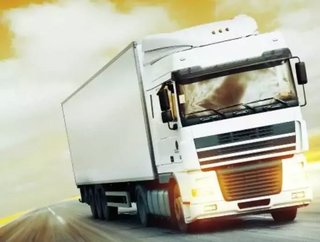 The American Trucking Association (ATA) has reiterated its call for action to remove innocent motor carriers details from crash records where it is evi...

The American Trucking Association (ATA) has reiterated its call for action to remove innocent motor carriers’ details from crash records where it is evident that the carrier was not to blame.

Current procedures by the Federal Motor Carrier Safety Administration (FMCSA) score carriers in a safety monitoring system on their Compliance, Safety and Accountability based on all carrier-involved crashes. However, the present system records details of accidents where carrier drivers did not cause, and could not reasonably have prevented the accident, often leaving them victim to rising premiums despite being the innocent party.

In an online statement, ATA pointed to three key examples of crashes that have happened in the last year where truck drivers were not at fault. In one case,  a man trying to escape authorities collided with a fuel tanker truck, and in another a man convicted of murder crashed into a tractor trailer when escaping police.

“Just last month, police gave chase to a driver of a stolen car who crossed a grassy median and struck a truck head-on,” said ATA President and CEO Bill Graves. “It is clearly inappropriate for FMCSA to use these types of crashes to prioritize trucking companies for future government intervention, especially when responsibility for the crash is so obvious.

“Including these types of crashes in the calculation of carriers’ CSA scores, paints an inappropriate picture for shippers and others that these companies are somehow unsafe,” he said.

Earlier this week, FMCSA’s Motor Carrier Safety Advisory Committee heard from a crash reconstructionist who contended that FMCSA could not determine fault in many instances based solely on information from police accident reports.

“This may be the case with some crashes,” said Graves, “but not when a drunk driver rear ends a gasoline tanker or the driver of a stolen car crosses a grassy median and strikes a truck head on.”

Over a year ago, FMCSA shelved plans to make just these sorts of determinations in favor of further study. ATA subsequently called on FMCSA to establish an interim process to address crashes where it is “plainly evident” that the crash should not count against the trucking company.

“FMCSA has been evaluating this issue for years and is not due to complete additional research until this summer,” Graves said.  “We don’t need more research to conclude that it is inappropriate to use crashes like these to paint the involved trucking companies and professional drivers as unsafe.”