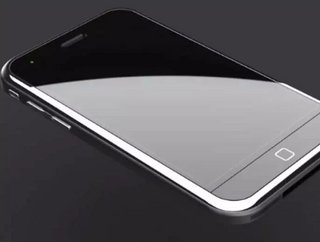 New Apple CEO Tim Cook will be hoping his prized supply chain is up to the task with the October launch of the iPhone 5 and the holiday season rapidly...

New Apple CEO Tim Cook will be hoping his prized supply chain is up to the task with the October launch of the iPhone 5 and the holiday season rapidly approaching.

So far, Apple’s supply chain seems up to the task, as suppliers are ramping up production to meet the October deadline. Supply Chain sources told DigiTimes that Foxconn is producting 150,000 next-generation iPhones each day, and is hoping to ship six million units in September alone.

Foxconn will have to raise its daily production to meet that lofty target, however, as producing 150,000 phones each day would only get the Taiwanese tech company 75 percent to its six million unit goal.

That could push fourth-quarter iPhone shipments to as high as 22 million, AllThingsD.com reported.

That supply would meet the predicted demand, as BTIG analyst Walter Piecyk is predicting that Apple will sell 21.5 million iPhones in the fourth quarter. That number could rise thanks to a growing international sales audience.

“Since the iPhone 4 has been launched, we estimate that AT&T and Verizon have represented 30 percent of Apple’s unit volume,” Piecyk told AllThingsD.com. “If the U.S. continues to represent 30 percent of Apple’s iPhone sales, it would imply a globally iPhone demand for as many as 30 million iPhones in calendar Q4.”

Something that could add to Apple’s rising iPhone demand is the addition of Sprint as a third carrier within the U.S.

The demand will certainly be there for Apple’s newest iPhone, but will the supply be ready? We’ll know in a month.