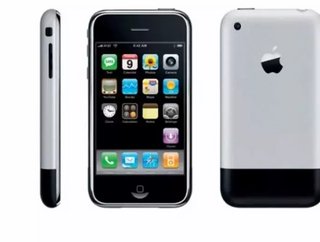 According to supply chain sources in a report on Digitimes.com, Apple has adjusted its total order volume of iPhones for the second half of 2011 by 12...

According to supply chain sources in a report on Digitimes.com, Apple has adjusted its total order volume of iPhones for the second half of 2011 by 12-13 percent.

Apple had originally planned to produce 50 million units at the end of the second quarter, but that number has swollen to 56 million units, which consist of iPhone 3GS, iPhone 4, iPhone 4 CDMA and iPhone 5.

The iPhone 5 has seen the most dramatic changes in ordering. The phone is expected to be available in September, with third-quarter orders dropping from seven million units to approximately 5.5 million units.

As one report on Gigaom.com notes, the drop in third-quarter orders could indicate that Apple is toying with pushing back the release of its newest phone to October, or limiting the number of countries that its newest innovation is available in.

The fourth quarter, which includes the holiday season, is expected to be a huge coup for Apple and the iPhone 5, as supply chain sources say the company will up its fourth quarter orders from 14 to 20 million.

The increase in iPhone orders will see Apple shipping 95 million units for 2011, according to Digitimes.com.

As for the iPhone 4, it’s out with the old and in with the new. Apple’s launch of its newest iPhone will leave the older model in the dust, with iPhone 4 orders reportedly down to 8 million, from 20 million in the third quarter.

Apple has typically kept its last model around as a cost-effective alternative, and drop the previous model, but there are rumors swirling that the company is working on a lower-cost line of iPhones, which may indicate that the iPhone 3GS will survive in some capacity.