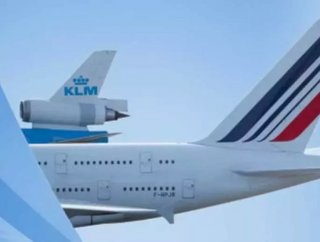 Air France KLM have released &lsquo;satisfactory third quarter results despite a decline in its cargo business. In a statement released today, the grou...

Air France KLM have released ‘satisfactory’ third quarter results despite a decline in its cargo business. In a statement released today, the group realised satisfactory results across all its businesses with the exception of cargo, posting total revenues of €7.2 billion.

A limited capacity increase in the passenger industry led to an improvement in unit revenues in the third quarter, which was additionally helped by a positive foreign exchange effect due to the depreciation of the euro in comparison to other currencies.

Cargo business deteriorated over the quarter, impacted by the economic slowdown and the situation of overcapacity in the industry. Traffic fell by 6.6 percent for capacity, down by 3.7 percent. Unit revenue per available tonne kilometre rose 0.7 percent on the back of a positive currency effect of 6.7 percent. Cargo revenues stood at €758 million (- 1.9 perecnt) while the operating result was – €67 million.

Air France’s cost reduction plan, Transform 2015, has started to have a ‘significant impact on costs’, according to the online statement.

Operating costs totalled €6.68 billion, up 4.5% (+0.7% ex-fuel). On a comparable currency basis they fell 1.1%, reflecting the strict cost control measures implemented in the context of Transform 2015.

Employee costs (excluding temporary staff) amounted to €1.88 billion. The measures taken in the context of Transform 2015 took effect, limiting the rise to 1.2% in spite of an additional pension charge at KLM of €18 million.