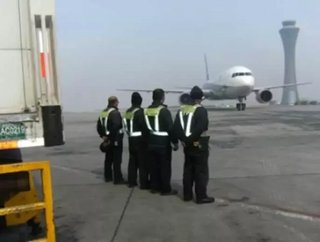 Air China Cargo has added two new air routes from its Shanghai hub to Amsterdam and Frankfurt, in a move to promote the development of related industri...

Air China Cargo has added two new air routes from its Shanghai hub to Amsterdam and Frankfurt, in a move to promote the development of related industries of cities in China.

The airline the opened the two new routes this month, opening the first flight from Shanghai Pudong to Amsterdam on March 13th and from Shanghai to Frankfurt on March 19th,  increasing the airline’s European capacity.

The two routes include stopovers at Zhengzhou (Amsterdam route) and Chongquing (Frankfurt route) for re-loading and unloading before departing for their destinations.

The opening of the routes increases Air China Cargo’s airfreight capacity in China-Europe air routes, which ‘consolidates its market position and further optimizes Frankfurt and Amsterdam hub routes pattern in the European market,’ according to an online statement by Air China Cargo.

The freight provider also hopes the network will promote the industrial development of related regions by increasing the speed of transportation.

In addition to the operation of freight flights, Air China Cargo has constructed a ground trunk fight network and opened over 300 ground truck routes connecting over 130 cities of European countries, which centres on Frankfurt and Amsterdam, and can guarantee fast arrival and delivery of the goods from/to the European centres.

As of now, with Beijing and Shanghai as the hubs, Air China Cargo has opened international, national and regional freight flights which fly from Shanghai to Frankfurt, Amsterdam, Copenhagen and Zaragoza in Europe, New York, Chicago, Dallas and Los Angeles in USA, Tokyo and Osaka in Japan, as well as Taipei, Chengdu, Chongqing, Zhengzhou and Tianjin, etc.