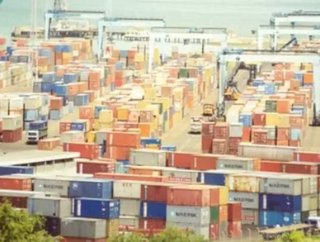 Follow @WDMEllaCopeland African shipping experts converged in Mombasa yesterday to launch a master plan designed to improve the shipping sector on the...

African shipping experts converged in Mombasa yesterday   to launch a master plan designed to improve the shipping sector on the continent, in the hope that it can do more to boost national economies.

The three day conference, dubbed ‘A new awakening for Africa’s Maritime Industry’, has brought together chief executive officers from over 30 different African countries.

Guests are from a range of maritime sectors, who will focus on common policies to improve the shipping in Africa. It is hoped that a unified approach across the continent will help the industry to become a global player.

The key debate on the opening day of the conference revolved around whether Africa should adopt an open or closed ship registry system. Whilst industry players would prefer an open registry system in order to boost the number of ships which could be taxed, government representatives were more cautious due to piracy in Somalia.

The Somalian coastline has long been a source of difficulty for vessels in the Indian Ocean, however it is hoped that with new efforts by the African Union Forces will help to stabilise and allow the growth of sea trade.

It is thought that some existing policies in Africa have not benefited the industry, as they offer no encouragement for citizens to invest in ships.

In an interview with the press, Funmi Folorunso, head of the Association of African Shipowners  said: “Policies and laws have made it difficult to acquire vessels. Financing has also been a problem for the investors.”

“We want to work in partnership with the maritime industry regulators to get full benefits of the industry so as to create wealth and employment in Africa,” she explained.