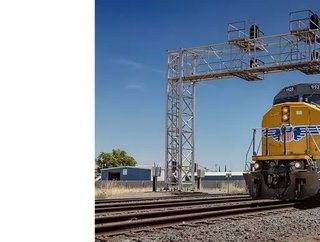 October 2020, year-on-year, records a drastic drop in rail carloads across the States, while intermodal volume seems to be on the rise. Check it out...

Recently, rail carload and intermodal volumes, for the month of October, were released by the Association of American Railroads (AAR). Within the report, the answers were mixed. Rail carloads are on a downward spiral, while intermodal volume seems to be on the rise ─ in fact, the latter just turned in its best monthly performance on record.

Rail carloads─at 912,772─fell 6.6 per cent, or 64,634 carloads annually. Even though there has been widespread loss across the board, the AAR did reveal that 10 of the 20 carload commodity groups that it monitors saw significant year-on-year gains in October 2020. These groups included:

Commodity Groups on the Rise

Commodity Groups on the Decline

If you exclude coal from the equation, the United States’ October rail carloads were off 8,291 carloads, which is 1.2 per cent annually, and if you omit grain from the gains, they were down 29,848 carloads ─ 5 per cent.

Intermodal containers and trailers─at 1,169,874─increased exponentially with a rise of 10 per cent, or 105,966 units, annually, as they surged towards the high-volume intermodal month on record.

“Thanks largely to rising imports and inventory restocking in preparation for the holidays, October was the best month ever for U.S rail intermodal, with volumes up by a third from April of this year. That’s a stunning increase in six months,” said AAR Senior Vice President John T. Gray in a statement.

“Meanwhile, U.S rail carloads rose in October for 10 of the 20 carload categories we track, the most since the pandemic began. Carloads of grain in October were their highest in 13 years, while carloads of motor vehicles and parts have recovered after falling close to 90% earlier this year. Changes in energy markets continue to pressure carloads of coal, petroleum products, and frac sand and holding back total carloads. Excluding those three categories, carloads in October were a few percentage points higher than last year,” he added.