3D Printing: The end of the globalised supply chain? 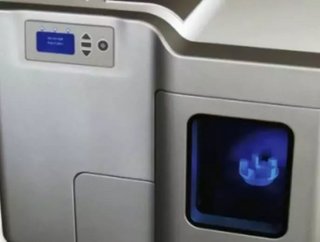 Follow @WDMEllaCopeland The modern supply chain is all about globalisation. Shipping lines, freight forwarders and airlines depend on moving vast quant...

The modern supply chain is all about globalisation. Shipping lines, freight forwarders and airlines depend on moving vast quantities of consumer goods on a daily basis, providing Western markets with items manufactured in the Far East.

According to industry experts, however, this could all be about to change. A potential threat to the logistics industry, 3D Printing has the ability to revolutionise production techniques, allowing the use of more automation and thus saving on cost.

Originally developed as an automated method to produce prototypes, 3D Printing builds up layers of material (plastics, ceramics or metal powders) using a computer-aided design to create a three-dimensional product. Able to manufacture items with minimal human assistance, a large number of 3D printers could be a cost-effective way to produce any small product or part without a large workforce -meaning the manufacturer is able to move production closer to the end user at a low cost.

In a White Paper recently released by the industry site Transport Intelligence, John Manners-Bell, Chief Executive Officer (CEO) of Transport Intelligence and Ken Lyon, CEO of Virtual Partners has created a projection of a potential future with 3D Printers at the centre, looking at how the logistics industry may be sidelined and how it could adapt to sit alongside this new technology.

“What it’s going to do is bring an extra layer of complexity to supply chains,” explained Manners-Bell, “There are going to be some areas where the more traditional logistics, the shipping sector for example, will lose out. Other more value-adding logistics companies will win if they’re able to harness their potential.”

The rise of 3D Printing is expected to cause a decline in the cargo industry, reducing the demand for long-distance transportation such as air, sea and rail freight industries. Despite the potential loss in custom, as production moves closer to end markets, Lyon believes that industry sectors such as these will find another application.

“These transitions take a very long time and after a while the migration from the way we used to do things to the way we do things now takes place. Some people that were employed for a previous application could be employed to use new tools, technology and techniques. I think that’s true for this as it is with a number of other innovations, very few of these things happen overnight.”

3D Printing has the potential to remove the need for traditional manufacturing techniques, which often take longer and are more expensive. No matter what the complexity of the item is, 3D Printers are able to produce small items ready assembled, with customisations and revisions. In addition to this, the new technology will remove the differentiation between the pricing of a single copy or many copies.

“The most interesting aspect of this is the mass-customisation, people are able to go out and buy what they really want, as opposed to going out and choosing what the retailer wants them to buy. This has been sort of a trend going on over the last 20-30 years, but this is where it really comes to fruition. People will be able to look something up on the web, think actually I want it in this particular style and have it printed how they want it, and that will go back right through the supply chain,” explained Manners-Bell.

While this technology is currently only producing one-offs, there is no reason why 3D printing could not be used for large scale manufacturing using several machines. Items with moving parts, which previously would have needed assembly, can be produced ready assembled, potentially removing storage, handling and distribution costs involved in bringing together the components.

“There will be less waste because the manufacturing processes tend to be incredibly efficient.  If for example you’re manufacturing a car or any sort of large product now, particularly out of metal, there’s a huge amount of waste,” added Lyon.

Over the past few decades, globalisation has been the main trend in the logistics industry, based on low cost of transport and low cost of labour in the Far East. However, with this new technology, those won’t necessarily be the key drivers of the industry and economic growth in the future.

With 3D Printing, logistics firms could become able to act as the manufacturers: “Once you start getting mass market adoption of these things then that is when life starts to get interesting. If you’re a logistics company or a 3PL/4PL used to managing contract suppliers you could very well decide they want to take a position in a particular market, the service parts market for example and overnight you can say ‘we’re now offering these services, in these geographies, as a pilot’. This could well happen in the next two to three years, because those companies have got the resources to do it,” explained Lyon.

In addition to shifting the emphasis of logistics companies, 3D Printing could revolutionise the way we think about other types of distribution, such as the service parts industry:

“We think the service parts industry might be affected first, because at the moment there’s an enormous amount of inefficiency within that sector where huge amounts of slow moving parts are stored for many years.  We see that the engineers who are working remotely will be able to print parts from a printer stored in their vehicle, using catalogues which are digitally held, and thus taking out swathes of different tiers of inventory holding from a global level to a local level,” said Lyon.

Both Lyons and Manners-Bell think it is imperative that logistics companies begin to consider how they will approach this new technological development.

So, what should companies do first to address the changes that might come? According to Lyon, it’s about thinking outside the box, and considering more ambitious plans.

“We shouldn’t consider it just from the point of view of ‘can we get rid of some sheds and not have many trucks’ this is far more complex than that. I think the switched on organisations are going to be looking at the implications of being able to manufacture at the end of the telephone line which is essentially what 3D printing is. They could set up clusters of manufacturing points close to the end markets, and then be able to manufacture based on market demand in those local markets very fast or switch production to somewhere else very quickly. It’s all about being able to be very agile and change very quickly, as opposed to making ten or 15-year bets on a strategic manufacturing plant in country.”

Companies should also think closely about the way they hire their staff and divide their businesses, as logistic companies will see greater variation in their role as boundaries become more blurred.

“Until recently, most organisations were marked by strict boundaries, but this kind of technology is changing the way these things operate. Organisations need to embrace this fact and understand that they are going to be multidisciplinary. They’ll need systems people that are really good at talking to businesses and commercial people that are not only sharp about business models, but who are also able to work with the suppliers as partners.

“The smart organisations will recognise that they need to start employing people who can work across a multitude of disciplines so the solutions they provide can run as a seamless solution from all of these different functions.”

There are a multitude of different issues that businesses need to address to make the change as technology plays a greater role in the modern supply chain. No matter how you decide to address the changes, the overwhelming message from Manners-Bell and Lyon is to make sure you have a plan.