From South Africa to the USSR, Saket Sarda has more than 25 years of experience bringing new solutions to new markets...

A veteran of the tech and finance industries, Saket Sarda has worked across India, the Gulf, South and East Africa, Thailand, Singapore and Russia. Until April of this year, he served in a number of roles at Standard Chartered Bank, one of the largest multinational financials in the world.

“I was the regional head of trade for the ASEAN and South East Asia region, which is the largest trade market that Standard Chartered serves,” he recalls.

Sarda’s interest in trade finance began during his tenure at Standard Chartered. “When I joined Standard Chartered 16 years ago, I had no experience in terms of trade finance, FX, commercial banking, lending, etc. I started in the strategy department, but being a business development person, you can’t be effective without learning about the technical side of things too.”

Over the subsequent years, Sarda became increasingly interested in the nuanced world of trade finance, an area which he insists is far more delicate and exciting than some might suggest. “Some people find trade to be very perennial, very stale. I find it to be very innovative and dynamic, because no two trades are ever the same between two parties. When you start to get into the nuances of trade flow, you start to see how different it all is. That’s where my love for trade came about almost a decade ago,” he remembers.

Sarda moved on from commercial to transactional banking, and eventually reached a point where he felt the need to contribute to shaping and changing the industry. “That’s where I hit a brick wall with traditional banking,” he explains.

While banks, due to their scale and experience, have a number of inherent advantages, Sarda notes that these benefits come part and parcel with slower speeds, increased bureaucracy, and a more conservative outlook. “A lot of banks are still struggling to overcome the various crises that keep hitting the market, and those crises are happening more and more often, so that banks are continuously playing catch-up as new situations and changes to the regulatory landscape emerge. It’s a constant distraction,” he says.

“I thought that, if I could take my experience to the world of fintech, and make changes in the trade space from outside-in, rather than inside-out, I might end up making progress faster. Working at a bank, I might have to spend another five years chipping away at that inherent conservatism to accomplish the same change that I can accomplish much faster from the outside-in, especially at a player like C2FO.” 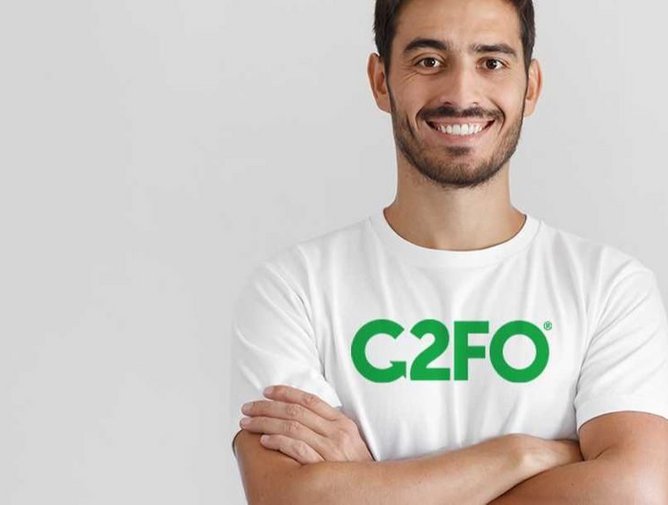