Eric Cohan, CPO of HCL Technologies, discusses his journey from IT engineer to procurement superstardom...

With 29 years of experience in the technology and supply chain, dating back to 1991, Eric Cohan is a stalwart on the procurement scene. Cohan joined HCL Technologies in 2015, as the company’s very first Chief Procurement Officer (CPO) ─ a role that, had you known Eric at the start of his career, you might not have expected him to end up in. “My story makes sense once it’s explained, but when you look at the two endpoints, without context, it really doesn’t make sense. I started as an Operations Research Engineer while in college, around the late eighties, when supply chain optimisation and logistics started to become the hot topic.”

My first job was with Accenture ─ Andersen Consulting at the time ─ the big multinational company. I started out as a programmer in logistics systems, working for a major delivery transportation company, and then that evolved to working for an internal optimisation team. Gradually, that role transitioned into the supply chain optimisation team ─ so slowly, I crept my way into supply chain process work. After nine years, I went to Dell Technologies, where I did the same kind of thing that I was doing at Accenture, and I was tasked with implementing new supply chain systems.”

Eventually, at Dell, Cohan was promoted to Director of IT and had a plethora of supply chain systems at his fingertips. He was the ventriloquist of the show. And, “halfway through my career at Dell, we had a turnover at the CIO level, and one weekend the C-Suite asked me if I could take on the IT contracts ─ because the former CIO had handled them himself, and once he left, nobody had a clue what was going on. So I started focusing on that, and by the mid-00s, the role had evolved; I had transitioned into IT procurement.”

While it wasn’t intentional, it was actually a great change, because “I was able to add some unique value there, given that I was an IT person now doing IT procurement, not a procurement person now doing IT procurement.” Given that there’s an art to procurement and it’s all about negotiating the best deal for your own party, Eric’s prior knowledge of IT allowed him to “call out any falsities on what [opposition negotiators] were saying, and I was able to shortcut some things and didn’t have to go and ask IT departments for direction because I already knew what was needed.”

The trailblazing IT procurement guru then left Dell behind after ten years and returned to his roots at Accenture in a variety of procurement roles, culminating as a “sort of deputy CPO. I wasn’t the head guy, but I worked across all the categories and processes. And then I got my opportunity to work here at HCL, where I get to be the guy in the front of the plane. So when you say ‘I was an Operational Research Engineer, then a Chief Procurement Officer’ it makes absolutely no sense, but each step along the way, sort of as an adjacency step, made complete sense.”

With an unusual path into his role as CPO and HCL, Eric also had an unexpected impact across the company as a whole; not only does he deal with the procurement side of things, he is also known as a champion of employee benefits ─ as the chairman of the 401k Investment Committee as well as the only procurement guy who dares to set foot in HR-related, benefit events ─ and a true leader in the field, who rolls his sleeves up and mucks in with the rest of the team at any hour. He believes in being agile and responsive, engaging with everyone who needs him, and he’s always ready to go above and beyond expectations to ensure customer and employee satisfaction.

To the industry-leading CPO, there’s still plenty more to do with HCL Technologies and, when commended on his achievements, Eric’s humble side ─ lacking from most C-Suite executives ─ shone through, with a simple yet impactful: “The book still isn’t closed.” 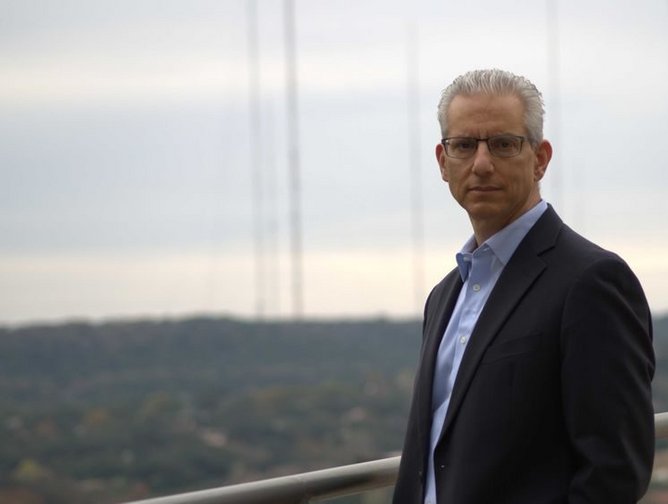