What will the UK's foreign operator payment system mean for hauliers? 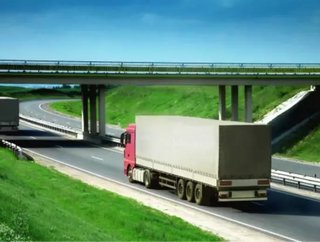 The new levy, which is part of the European Union-administered Foreign Operator Payment System, will have wide implications for all hauliers which operate vehicles not just in the UK, but in all other EU countries.

Transport Minister Stephen Hammond has claimed that the system will be easy to understand and the charges due will be collected through a number of straightforward methods.

Because European law forbids the charge from discriminating between British operators and those based in other EU countries, hauliers based in the UK will have to pay the levy based on the amount of time they spend overseas – but the amount they pay will be reimbursed to them in the form of a reduction on the amount of vehicle excise duty – or road tax – they will pay.

The new levy will begin to be charged next April, and is in response to the rapid growth seen in the number of foreign-registered lorries which spend large proportions of their time working on the roads of every EU country.

The current system allows trucks operated by hauliers based anywhere in the EU to deliver up to three loads between depots in any member country outside their own before returning home.

This goes some way to explaining why anyone who drives substantial distances on the motorways and main roads across Europe will come across a fair proportion of lorries registered in other countries.

But under the new rules, this restriction will be replaced by a charge based on the amount of time for which any lorry is working outside its home nation.

In the light of the freedom of competition rules imposed by the European Union, the changes have been designed to make it easier for hauliers based outside any specific EU member country to compete on a level playing field with that country's native haulage businesses. And given that the UK's economy is, at the time of writing, growing more quickly than most of its rivals on the European mainland, the potential gains for non-UK hauliers, as well as the implications for the domestic market, are clear.

Another major cost which is lower for overseas-based hauliers than in the UK is fuel. In the summer of 2013, the boss of an Essex-based haulage firm estimated that when his drivers filled their trucks with diesel in the UK, they were paying 24p a litre more than they would have paid had they filled up in Luxembourg. This meant the operator of every truck running on fuel bought in the UK is paying 6.9p more per mile travelled than those who fill up on the European mainland when all their other operating costs are taken into account.

The scheme was welcomed by the Freight Transport Association, the umbrella body for the UK's haulage sector. It had campaigned hard for concessions to be granted to British hauliers through the road tax system.

Simon Chapman, the FTA's chief economist, said: "A lorry road user charge will go some way to assuage industry fears over threats from Europe that restrictions governing the number of freight movements allowed in a foreign country could be removed."

Another factor in play is that many eastern European hauliers have a policy of double-manning their trucks, which overall means they can spend twice as long on the road often both of those drivers will be paid less than a single driver based in the UK.

Specifics of the levy

All non-domestically registered vehicles weighing more than 12 tonnes gross – that is, including their cargo – will be charged the levy when they enter a foreign country, which will also depend on the type and weight of the vehicle, and its number of axles.

Charges will have a ceiling of £10 per day per vehicle, which is the estimated charge for a typical four-axle, 40-tonne wagon, or £1,000 per year. All payments will be processed and recorded electronically, with no paper records issued.

The other side of the coin

Operators of overseas-registered trucks argue that, in opening new depots for their fleets across Europe, they are simply responding to the demands of the continent's consumers and manufacturers, by bringing in the goods which they want at reduced cost. This will reduce the cost of many products for British businesses, and they in turn can choose whether to pass these savings directly on to consumers.In addition, from the introductory date of the new charge, they will need to be able to report the number of hours each truck spends on the road in another country, so that they are charged the right amount for their vehicles' overseas journeys.

From the point of view of a foreign truck operator, this means that they are forced to keep tight control on the operating hours of their vehicles while in another country, potentially increasing overhead costs, especially for smaller independent operators.

There are two main outcomes which could result from this new legislation. One is that hauliers may increase their prices for delivering goods outside their own countries. This will, of course, be good news for the UK-based hauliers who have vociferously backed the plans, as mentioned earlier.

The other – more likely in the long term – is that there will be a further consolidation of the haulage industry throughout the continent, to enable companies to minimise their costs for operating overseas, while operating through subsidiaries based in each country in which they do business.

Now, however, the British hauliers who have been campaigning for several years for what they see as a level playing field with their European counterparts, will have to wait and see what effect the changes they have helped bring about will have on the wider economic picture across the UK and Europe.