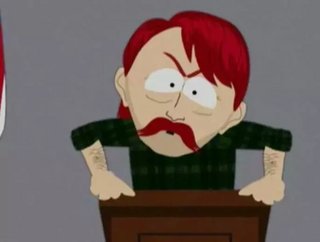 THEY TOOK OUR JERBSSS!!! OK, if that first sentence meant nothing to you, make sure to check out the above YouTube clip from the hit television show S...

OK, if that first sentence meant nothing to you, make sure to check out the above YouTube clip from the hit television show South Park. What does this South Park clip have to do with supply chains, you’re wondering?

According to a report in the Wall Street Journal, new data from the U.S. Commerce Department shows that multinational corporations in the United States trimmed their domestic workforce by nearly three million jobs during the last decade.

Where are all the jobs going? According to the Commerce Department, they’re moving overseas in a massive offshore outsourcing fad. Of the 2.9 million jobs lost over the past decade domestically, the same multinational corporations have increased their overseas workforce by 2.4 million.

This offshore outsourcing trend doesn’t look to be slowing down, either. U.S. multinational corporations employed 21.1 million people in the United States last year and 10.3 million people outside the country in 2009, and that number figures to increase as more and more jobs are outsourced as large U.S. multinational corporations continue to look for ways to trim the budget.

How freight rail is getting the US economy back on track

The very best in eProcurement

According to the chart seen here (http://thinkprogress.org/wp-content/uploads/2011/04/wherejobs.jpg), the U.S. has cut domestic jobs in almost every year from 2001-2009. Over the same time frame, offshore outsourced jobs from these multinational U.S. corporations grew in each year, save for a slight decrease from 2008 to 2009.