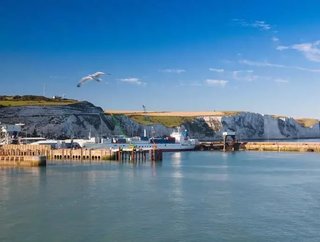 A Knowledge Transfer Partnership (KTP) between the University and the Dover Harbour Board has achieved the highest possible rating from Innovate UK, the...

A Knowledge Transfer Partnership (KTP) between the University and the Dover Harbour Board has achieved the highest possible rating from Innovate UK, the University has reported.

The rating from the UK’s technology strategy agency comes after a reduction in traffic congestion, a cut in costs and improved efficiency at the port.

In a release, the University said the project started in 2016 when the Port of Dover, which handles £122bn-worth of UK trade annually, appointed a graduate of the Kent Business School (KBS), Dr Cliff Preston, to work within the organisation to help it use data modelling and simulation software to operate more effectively.

The work focused on several strands, notably how the port predicts likely traffic volumes to ensure it has enough staff on hand to process vehicles through the port, minimising the risk of queues forming in and around Dover.

By improving its use of data from various sources, such as live traffic data on the motorways and past traffic levels at similar times, it has drastically reduced the use of Traffic Assessment Project (TAP) that sees freight traffic held outside Dover by a series of traffic lights.

This has not only reduced the impact that freight traffic has on Dover and its residents, but it also means one of the UK’s key import-export hubs is able to ensure goods can move into the UK, or over to Europe, more efficiently.

The traffic simulation model is now also used to help predict the requirement of the French border authorities operating in Dover to ensure traffic through the port is kept moving at all stages.

The quantitative methods used in the Knowledge Transfer Partnership have also been applied in part of the port’s substantive Dover Western Docks Revival (DWDR) project, in analysing the space and plant requirements of the new cargo terminal and helping the port increase its efficiency and effectiveness.

These successes have seen the project awarded a grade of ‘Outstanding’ by the KTP Grading Panel. Only 10% of KTP projects achieve this grade, underlining the impact the project has had.