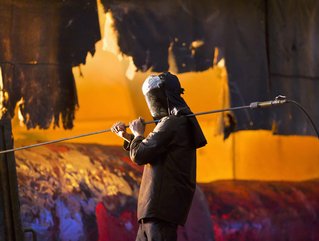 The UK government has unveiled plans for a £250mn Clean Steel Plan and has called for supporting evidence to assist with development of the...

The UK government has unveiled plans for a £250mn Clean Steel Plan and has called for supporting evidence to assist with development of the plan’s ambitions and applications.

In a press announcement on 29 August, the government said the Clean Steel Fund will support the UK’s steel industry by transitioning to lower carbon iron and steel production, along with maximising the flagging sector’s longevity by building skills and promoting growth.

The government is keen to set the sector on track to meet the net zero emissions stipulated by the UK Climate Change Act, as well as lay the foundations for sustainable steel production going forward.

Its statement added that an additional £100mn Low Carbon Hydrogen Production Fund will be established to enable the development of low carbon hydrogen production, itself a potential pathway to lower carbon steel production.

Fears for the UK’s steel production have mounted in recent years, particularly in May 2019 when British Steel began an insolvency process that has seen the government take control of operations while EY, Special Manager for the process, seeks a buyer.

On 22 August, Business Secretary Andrea Leadsom posted an article stating that Ataer – the largest shareholder of Erdermir, Turkey’s biggest flat steel manufacturer – has been selected as the preferred buyer, signalling stability on the horizon for the 5,000 UK-based British Steel workers.

Leadsom added that Ataer, who has enjoyed demonstrable success with Erdermir, will be focused on ramping up production and investing in clean steel production once its purchase is finalised.