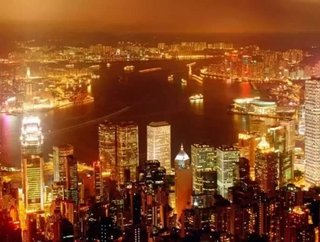 Before reading this feature, be sure to check this story and others in June&#39;s issue of our digital magazine. Trust us, it&#39;s way cooler! India h...

India has always been atop the world in terms of outsourcing, but a corporate tax rate of 30 percent can scare away prospective outsourcers. We take a look at some of the world’s most tax-efficient outsourcing locations, each of which charge its outsourcers about half as much as India.

Maybe it’s the Emerald Isle’s rolling green hills that help save you the green. Among English-speaking countries, it doesn’t get any lower than Ireland’s 12.5 percent corporate tax. A country formerly known as predominantly agricultural transformed in the 1980s, offering bottom-of-the-barrel corporate taxing to lure foreign investors.

The risk paid off, as Ireland has lured big-time investors like Intel, Microsoft and Google, among several others. The low tax rate is coupled with a highly intelligent and able work force, making Ireland an offshore outsourcing haven. According to the U.S. Tax Journal Tax Notes, Ireland is the world’s most profitable country for U.S. corporations, especially in the software industry. According to offshoreIToutsourcing.com, “The Irish government has set up huge incentives to software companies to produce software on the island.”

When you factor in the nation’s storied breweries, it’s no wonder why so many businesses choose Ireland as an outsourcing location.

Want free trade and a globalized marketplace to set up an offshore outsourcing project? Hong Kong’s the place for you. “The World’s Freest Economy” offers an extremely low corporate tax of 16.5 percent encourages outsourcing efforts, while the special administrative region taxed corporations 4 percent on new investments in 2010.

Your workers might also enjoy being based out of Hong Kong, as the country offers several incentives to keep its people happy. No sales tax, no capital gains tax and an extremely low income tax that doesn’t exceed 20 percent make Hong Kong a tax haven for your workers.

A bustling nightlife filled with some of the world’s best restaurants is a nice perk as well. So, what are you waiting for?

As the world’s fastest growing economy, Singapore’s large, cheap labor force has attracted offshore outsourcing efforts for years. According to guidemesingapore.com, “Effective tax rates as one of the lowest in the world and the general business friendliness of Singapore are the two important factors contributing to the economic growth.”

Another attractive part of outsourcing to Singapore has been the declining tax rates. Since 1997, corporate tax has gone down at least once every four years and now sits at 17 percent. That low tax combined with an encouragement of off outsourcing helped rank Singapore as the No. 1 overall outsourcing location in the world, according to Sourcingline.com (http://www.sourcingline.com/top-outsourcing-countries).

Singapore scored high in the cost competitive and business and economic environment indexes, and its low overall taxes help Singapore score high on our list of tax friendly outsourcing locations.

In an effort to encourage more foreign investing (and offshore outsourcing), the Taiwanese government recently lowered the corporate tax rate for the second time in a 12-month period. The corporate tax went from 25 percent in 2009 to 20 percent last year to 17 percent, rivaling Hong Kong and equaling longtime tax haven Singapore.

It’s too early to tell how such a substantial lowering of corporate taxes will affect outsourcing, but it will definitely help in some way. For now, Taiwan remains an intriguing outsourcing option, offering low taxes and a capable workforce.

Admit it, you’re surprised. Few people think of Ukraine as a tax-efficient outsourcing option, but after announcing that its corporate tax will be lowered to that of Singapore and Taiwan at 17 percent by 2014, it’s safe to say that Ukraine certainly has become a more attractive outsourcing location.

According to the annual review of IT outsourcing markets in 16 countries of Central and Eastern Europe, Ukraine ranked as the world’s fifth largest IT services provider, topping all its European rivals.

A lowering corporate tax, coupled with a growing educated workforce, should make Ukraine an outsourcing staple for the next several years.