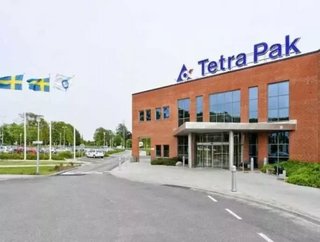 Tetra Pak has informed its key suppliers that they will be expected to file ethical performance reports on the Supplier Ethical Data Exchange (Sedex), a...

Tetra Pak has informed its key suppliers that they will be expected to file ethical performance reports on the Supplier Ethical Data Exchange (Sedex), as part of its commitment to improve supply chain transparency.

“As a global company with a large number of suppliers, we recognise the significant role we play in assuring good corporate governance and responsible sourcing,” said Sam Strömersten, Executive Vice President, Supply Chain Operations at Tetra Pak. “We already report via Sedex on our own operations, but believe it is time to go further, by asking our key suppliers to do the same.”

Tetra Pak joined Sedex as a supplier member in 2010, reporting data related to labour practices, health and safety, business ethics and environmental performance for its packaging material and closure manufacturing sites worldwide. Two years later, the company extended the practice to all of its production operations, including capital equipment and spare-parts.

In addition to offering transparent reporting, Tetra Pak has worked with Sedex to develop tailor-made training for its employees at more than 60 Tetra Pak sites.

Jonathan Ivelaw-Chapman, CEO at Sedex said: “Tetra Pak was one of the first Sedex supplier member companies to go beyond supply chain data reporting to the training of its people. We have seen a real commitment from the management as well as employees across the organisation. The move to engage all suppliers clearly demonstrates the company’s leadership and commitment to driving improvements in ethical and responsible business practices in global supply chains.”