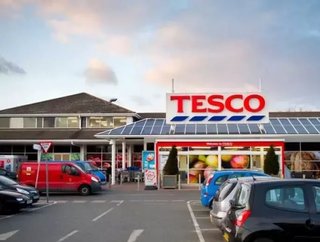 Follow @SamJermy and @SupplyChainD on Twitter.Beleaguered UK supermarket chain Tesco has announced it will be closing 43 unprofitable stores as well as...

Beleaguered UK supermarket chain Tesco has announced it will be closing 43 unprofitable stores as well as its head office in Cheshunt as part of a new value chain approach.

In a bid to turn the company’s fortunes around, Tesco senior management is hoping to save £250 million a year by restructuring overheads. This includes closing the salary pension scheme.

The large proportion of the sites shutting down will be the firm’s smaller convenience stores such as the ‘Tesco Metro’ shops, and plans to build 49 out-of-town hypermarkets have also been shelved. The company-wide shake-up comes off the back of the announcement that like-for-like sales for the 19 weeks to 3 January fell by 2.9 percent, though they were not as bad over the six-week period, with a fall of 0.3 percent, representing a better than expected Christmas.

Chief executive Dave Lewis said: “We have some very difficult changes to make. I am very conscious that the consequences of these changes are significant for all stakeholders in our business but we are facing the reality of the situation.

“Our recent performance gives us confidence that when we pull together and put the customer first we can deliver the right results.”

Tesco also confirmed that two of its businesses, Tesco Broadband and online entertainment service Blinkbox, will be sold to TalkTalk. It also announced that Matt Davies, the boss of Halfords Group, will take charge of Tesco's operations in the UK and Republic of Ireland from June.

The anticipated money saved will then go into funding the price war among the other Big Four supermarkets.

Interestingly, one of the four Tesco distribution centres in the London area has also been sold for a price of £21.1 million. As retailers continue to adopt an omni-channel approach, last mile distribution space is becoming an ever more important component of their logistics network.

It remains to be seen whether this financial and strategic restructuring will be a fruitful one for Tesco, as its market share continues to be threatened by German discounters Lidl and Aldi.