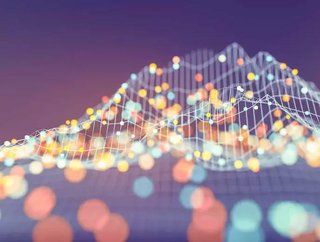 The Supply Chain Management Association has announced the winners of the highest award in supply chain leadership in Canada to two senior supply chain visionaries following the celebration of its 100th anniversary.

It has been revealed that Madeline Paquin, President and CEO of LOGISTEC Corporation in Montreal and Robert Wiebe, Chief Administrative Officer for Loblaw Companies Limited in Toronto have been commended with the awards.

Christian Buhagiar, President and CEO of SCMA, commented: “In this, the 100th anniversary of the Association, I’m especially honoured to recognize our 2019 SCMA Fellows for their visionary and inspiring leadership.

"Madeleine Paquin and Robert Wiebe personify excellence in supply chain leadership, having consistently embraced change and innovation to propel their companies, the profession and our Canadian economy. They are true leaders who have set the standard in our profession and who are paving the way for future Canadian leaders in supply chain.”

Currently a member of the board of directors for Air Canada, Paquin has been President and CEO of LOGISTEC Corporation since 1996.

Following the nomination of Paquin for the SCMA Fellow Award, Mathieu Charbonneau, Executive Director of CargoM, said: “Her exceptional contribution to the advancement of innovative programs for the marine industry and the supply chain, such as our organization, CargoM, demonstrates her commitment.”

Having initially joined Loblaw in 1984, Wiebe was appointed Chief Administrative Officer of the company in 2017 and oversees the supply chain, central store operations, information technology and merchandising.

Galen G. Weston, Executive Chairman of Loblaw Companies Limited, confirmed Wiebe fully deserved his nomination, and added: “I truly count Rob among a tight and impressive list of those who have helped build our century-old company. His contributions over the past three decades have helped Loblaw become a modern, future-ready organization with a supply chain and record of decision making that has truly stood the test of time.”