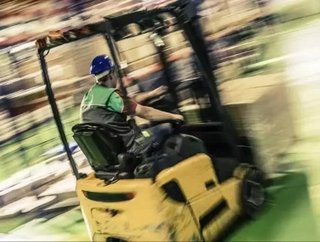 According to a recent study, the top issues concerning global supply chains next year will be shorter lead times, time to deliver and risk minimisatiom...

According to a recent study, the top issues concerning global supply chains next year will be shorter lead times, time to deliver and risk minimisatiom.

In the Global Trade Management Agenda 2017, a survey from AEB, 72.9 percent of experts surveyed consider the trend toward faster and faster speeds to be an important or even very important challenge in the coming year.

Here’s what else we took away from the survey:

The transport and logistics sector also considers the speed in supply chain to be of significant importance, with 84 percent ranking it as important or very important.

Compare this to the chemical/pharmaceutical industry, which only 52 percent of respondents felt the same, it is clear that the need for speed is felt strongest in the logistics industry.

The report also surmises that a new forecast by McKinsey, a consulting firm, estimates that the volume of package shipments in Germany will double by 2025. Not only that, one in every five of those package shipments will be an express delivery.

Amongst the top global trade issues that will motivate companies in 2017, 65 percent of respondents feel minimising supply chain risks is considered the second biggest concern for businesses.

Minimising supply chain risks is an issue that has grown and grown and grown in relevance over the past 12 months. Two-thirds of those surveyed (65%) consider the topic to be very important. The majority of logistics and global trade experts feel that their companies are well equipped in this area as well – only 42% see a need for improvement or major shortcomings.

Implementing changes to customs laws remains an important or very important challenge in 2017 for 61.6% of respondents.

Interestingly, the Brexit vote did not produce any change regarding the assessment, nor did it heighten the perceived importance of this issue compared with the previous year’s study.

The British referendum took place during the survey period, and most respondents completed the questionnaire after the results of the vote were known. “It was not yet clear at the time, however, how foreign trade relations between the EU and UK would be managed and what impact the Brexit vote would have,” explains Dr. Ulrich Lison, Portfolio Manager and Member of the Executive Board at AEB who conducted the study jointly with Prof. Dr. Hartel.

The study “Global Trade Management Agenda 2017 – Apps in global trade and logistics, and the top priorities in global supply chain management” is based on a cross-industry survey of 330 experts from the fields of logistics, global trade, and supply chain management. The participants work in companies of various sizes in different countries. Some 67% of respondents hold leadership positions as the head of a company, department, team, or project. The survey has been carried out annually by AEB and DHBW Stuttgart since 2013.