The simplification of £1bn spend with Wax Digital and web3 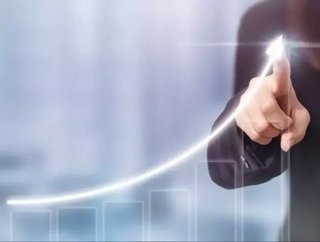 Mitchells & Butlers simplifies £1bn annual spend with Wax Digital’s web3As one of the largest operators of restaurants, pubs and bars in the UK, Mitchells & Butlers (M&B) provides a wide choice of eating and drinking out experiences in 1,700 locations, including well-known brands including Harvester, Toby Carvery, Browns and Vintage Inns.

Mitchells & Butlers spends around £1billion with suppliers each year. The Commercial Department at the Retail Support Centre in Birmingham comprises of three specialist individual procurement teams responsible for key spend categories such as food, drinks and indirects. In order to maximise the buying scale and encouraging suppliers to invest in their relationship with Mitchells & Butlers most of the spend with suppliers is contracted. There were mature offline processes and procedures already in place but they required a significant level of management as well as auditing processes that took time to maintain.

Mitchells & Butlers embarked on a procurement excellence programme aimed at continuous improvement focusing on developing three core areas – people, processes and systems. Wax Digital’s web3 Source to Contract was selected as the system of choice to establish efficiency, control and reduced risk across the supply base. Working closely with Wax Digital to configure the core web3 platform to its specific needs, Mitchells & Butlers launched the system internally under the name GO!procure.

Mitchells & Butlers embarked on the process of transferring paper based contract storage over to a centrally stored online database within web3, and developed a contract compliance reporting suite that monitors adherence to policy.

Bringing a wealth of experience gained from dozens of successful implementations, the Wax Digital project management team worked closely with the Mitchells & Butlers team during the workshop phase to ensure the most efficient delivery of web3 and the approach to supplier on-boarding. Wax Digital regularly spent time with the central procurement team, adopting a consultancy role to support the delivery of the project.

An easy to use system was key to success in the move away from a paper contracts process and the intuitive nature of Wax Digital web3 was central not only to its initial selection by Mitchells & Butlers, but to the success of the deployment and adoption across the organisation.

Paper processes managed separately by each division had meant that tendering for new suppliers and getting them set up could take many weeks and paper based tendering processes were difficult to manage from a compliance perspective. Setting up a new supplier could take 3-4 weeks and there was limited visibility of the existing approved supplier base across the business.

Moving to web3 for automated tendering helped Mitchells & Butlers to quickly introduce compliant sourcing processes, and through web3 the supplier on-boarding process has been reduced to just a few hours.

Mitchells & Butlers wanted to encourage company wide-use of web3 Source to Contract in order for each division to retain control of its supplier selection and approval of those suppliers in conjunction with the procurement function.

Approved users within the divisions are able to issue Supplier Registration Forms (SRF) to selected suppliers, capturing and evaluating responses before moving onto an approval route which sits with the head of each department and procurement manager to approve and apply a relevant tier rating.

Hundreds of users now have access to web3 Source to Contract and are able to view approved suppliers and approved users can create contracts (subject to permissions). The SRF is centrally stored against the supplier record, rather than a single event so that supplier responses and information including insurance certificates, health and safety policies etc. are visible to the rest of the business.

Utilising the full web3 Source to Contract solution is allowing Mitchells & Butlers to develop a master supplier database and gain critical control and visibility, saving time and unlocking internal resources for other tasks, and reducing risk and inefficiency across its numerous divisions.

Simon Madders, Project Implementation Manager (Procurement) at Mitchells & Butlers: “The supplier on-boarding process has been significantly reduced with web3 and we now have complete visibility of those approved suppliers across the business.”

Buyers have been able to use the event functionality to set alerts on a periodic basis which notifies the supplier when their information has expired. This puts the onus on the supplier to maintain their details on the supplier database, removing an administrative burden on the procurement function and reducing supply-chain risk.

Keeping a tab on spend with web3 reports

The depth of functionality and reporting capability in web3 was a critical requirement in Mitchells & Butlers procurement being able to demonstrate to the rest of the business the results generated by these initiatives. web3 Source to Contract reports are underpinned by Microsoft SQL Reports allowing Mitchells & Butlers to easily extract highly complex and customised information as required.

When Mitchells & Butlers acquired Orchid Group in June 2014 it gained an influx of new suppliers, but using web3 it was able to easily evaluate and on-board those new suppliers in just a few weeks.

Putting web3 at the heart of its procurement excellence programme has enabled Mitchells & Butlers to gain real visibility of its spend under contract – vital to monitoring areas like spend change with different suppliers and measuring this against contract values.

One key category to benefit is within the building maintenance and facilities management area. Suppliers in this category now have access to web3 to upload their own insurance documents and details where previously this would have been maintained offline. This is now a compliance pre-requisite before Mitchells & Butlers will trade with a supplier.

Wax Digital web3 Source to Contract provides Mitchells & Butlers with an easy to access, secure, cloud-based platform utilised by hundreds of users across the business and its suppliers to improve supplier compliance and visibility. web3 is a class-leading platform that will support Mitchells & Butlers in achieving its procurement objectives, driving positive process changes as it continues to grow.