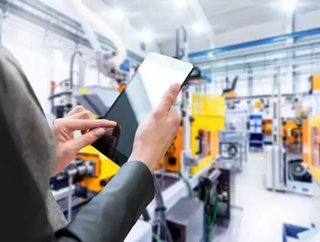 There is almost universal agreement that digital transformation will have a significant impact on all supply chain and procurement functions, but progre...

There is almost universal agreement that digital transformation will have a significant impact on all supply chain and procurement functions, but progress is perhaps slower than expected.

That’s the verdict of Dr. Marcell Vollmer, Chief Digital Officer at SAP Ariba, who recently spoke with Inside SAP about the key findings of the company’s ‘CPO Survey 2018: What’s the Next Big Thing in Procurement’.

“I think everyone agrees that digital transformation will heavily impact all the procurement, supply chain and finance functions. Eight-three per cent are absolutely convinced it will impact more in 2018 than in 2017.

“The follow-up question was, ‘Have you already highly automated your core systems to ensure that you can be ready for digital transformation?’, and only 5% confirmed with a clear ‘yes’.

“Sixty-three per cent are saying they have it on the roadmap, and driving more automation is a priority. It definitely indicates they see the change, they are now acting on that, but basically it takes a little more time than expected.”

Other key findings from the research found the following:

On the finding that IoT is the largest current tech trend, Vollmer said: “It was a little bit of a surprise that the Internet of Things (IoT) was rated number one as the most commonly used technology, closely followed by robotic process automation. It makes sense because the supply chain is using so many connected devices, so therefore IoT is definitely the technology for that.

“In terms of what technologies chief procurement officers are looking into now, the two most commonly nominated technologies are robotic process automation, and artificial intelligence (AI).”