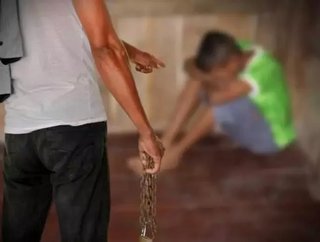 From seafood fished in Thailand, to cotton picked in Uzbekistan &ndash; the supply chains of many everyday products can be traced to people forced to wo...

From seafood fished in Thailand, to cotton picked in Uzbekistan – the supply chains of many everyday products can be traced to people forced to work in inhuman conditions. The International Labour Organisation estimates that $150 billion in profits are generated in the private economy each year from forced labour.

Just as there was an incontestable moral imperative to end historical slavery, there is also a need to end its modern-day forms, which are endemic to our global economic system.

So, what are companies doing about this? There are laudable examples of action. Nestlé recently launched a detailed action plan on responsible sourcing of seafood from Thailand. In 2014, Apple required its suppliers to reimburse nearly $3.96 million to over 4,500 factory workers for excessive recruitment fees. But a few strong examples of action by market leaders are not enough.

A report released this week by KnowtheChain, in which the Business and Human Rights Resource Centre is a partner, assesses 20 companies’ policies and practices on supply chain forced labour. The report provides a “transparency snapshot” across three industries: food and beverage, apparel and footwear, and information and communications technology (ICT).

It found that 17 of the 20 have a formal corporate policy on supply chain forced labour and trafficking, demonstrating that they recognise the importance of the issue. However, only five provide evidence of how those policies are made available to vulnerable parties including workers, and only three conduct interviews with subcontracted personnel.

Most of the companies have a grievance mechanism at company level, yet only a third require their suppliers to do so. And there is a long way to go on supply chain transparency, with 4 of the 20 companies disclosing the names and locations of their first-tier suppliers.

Building on this pilot report, in 2016 KnowtheChain will benchmark companies, by sector, on their efforts to exclude forced labour from their supply chains. Companies will be compared in areas such as supply chain traceability, business relationships, recruitment practices, worker communication, monitoring, grievance procedures and remedy.

There is increasing recognition that benchmarks can play a powerful role in changing corporate behaviour. They can encourage companies to respect human rights by harnessing the competitive nature of markets to drive a “race to the top.” The Access to Medicines Index and Behind the Brands have both led to clear improvements in conduct by pharmaceutical and food companies, respectively.

In a 2014 survey of senior business executives, the Economist Intelligence Unit reported that the largest proportion of respondents considered benchmarking companies as the factor that would make the greatest difference on their approach to human rights.

Of course, benchmarking companies is part of a much broader ecosystem of action needed to address forced labour. Drivers of forced labour on the corporate side include pressures for low costs and just-in-time delivery. Additional drivers include inequality within and between countries, a lack of government oversight and corruption. No company acting alone can address this dynamic fully.

At the same time, progress cannot be made without serious corporate engagement and action. With the recent entry into force of the UK Modern Slavery Act and the California Transparency in Supply Chains Act of 2010, companies are increasingly expected to report on the ways in which they are combating forced labour in their supply chains. Investors and civil society will be quick to identify those that have little of substance to report.

Through KnowtheChain’s benchmarking work, we hope to recognise advances by leaders, incentivise laggard companies to improve, as well as contribute to systemic change across the industries with high risks of modern-day slavery.