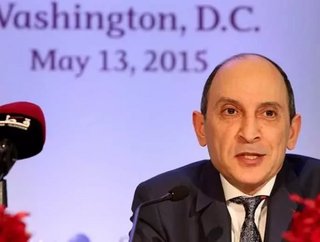 During his visit, Al Baker also met with government officials and prepared for upcoming US launches to Los Angeles, Boston, and Atlanta.

He refuted the “baseless” claims of the “Big Three” US airlines (American, Delta & United), calling them “a transparent attempt to block new competition and limit consumer choice”.

Al Baker said: “US Open Skies Agreements are about offering choice; the ability to fly with the airline you prefer, to regions which are under-served by US carriers.

“The Big Three want to restrict choice. World travellers would suffer if they succeed.”

“Qatar Airways offers important services to the United States and many American interests recognise our value. We serve markets in the Gulf region and Indian subcontinent that US carriers do not serve.”

Qatar Airways passengers support local economies in the US. In 2014 alone, the airline brought 248,000 visitors to the United States and made a significant contribution of $900 million to US economies and employment, all thanks to Open Skies. Qatar Airways currently operates over $19 billion worth of direct-purchase Boeing aircraft with future deliveries of another $50 billion to come.

Al Baker concluded: “The Big Three do not compete with us on a single non-stop route. The beneficial exchange of culture and commerce made possible by the US-Qatar Open Skies Agreement must not be blocked by the Big Three merely because we have chosen to serve markets that they have ignored.”

Qatar Airways, the national carrier of the State of Qatar, is one of the fastest growing airlines operating one of the youngest fleets in the world. Now in its 18th year of operations, Qatar Airways has a modern fleet of 157 aircraft flying to 146 key business and leisure destinations across six continents. Qatar Airways is a member of the oneworld global alliance