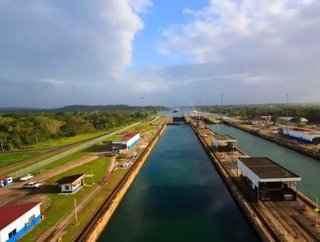 The small annual rise was helped by a bumper harvest in the United States, with farmers sending their crops via grain tankers to customers in Asia, Panama Canal Administrator Jorge Quijano said in a statement.

He added that during the fiscal year, which runs from 1 October to 30 September, toll revenue was up 3.2 percent over last year, at $1.91 billion.

The 100-year-old canal, which is a major global trade artery, is in the midst of a massive expansion that will allow the world's largest tankers to pass through the isthmus.

The expansion, which involves building a third set of locks onto the 50-mile (80-km) waterway, was originally scheduled to be completed this year, but has been delayed several times, in part due to a dispute earlier this year over about $1.6 billion in cost overruns.

The deadline for completion is now early 2016.