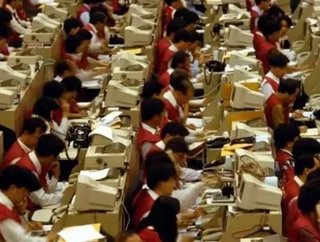 The 4Q11 Global TPI Index, which covers commercial outsourcing contracts valued at $25 million or more, found total contract value (TCV) of $26.4 billion in the fourth quarter of 2011, an increase of 7 percent over the same period a year ago. Growth was led by mega-deals – those contracts with TCV of $1 billion or more – business process outsourcing (BPO), and Europe, the Middle East and Africa (EMEA).

For all of 2011, TCV reached $95 billion, an increase of 3 percent over the prior year, and the highest annual result since 2005. In addition, 2011 was the busiest year on record for the outsourcing market, with 870 total awards, well above the average of the five prior years of 690.

An analysis of TPI Index data shows the intensified contracting activity is the result of a decade-long rise in the smallest awards. While the numbers of mega-deals and mid-range contracts awarded each year has remained relatively stable since 2002, those valued at $100 million or less have more than tripled.

“The acceleration of contracting activity alongside continued growth in overall contract value is a notable shift in the global outsourcing market,” said John Keppel, Partner & President, Research and Managed Services, ISG. “Stoked as much by buyer dissatisfaction with large-size contracting as by suppliers expanding their capabilities, it is challenging clients to implement more sophisticated governance models and prompting service providers to team together to win and deliver business.”

The TPI Index, presented by ISG, provides a quarterly snapshot of the sourcing industry for clients, service providers, analysts and the media. Now in its 37th consecutive quarter, it is the industry's authoritative source for marketplace intelligence related to outsourcing transaction structures and terms, industry adoption, geographic prevalence and service provider metrics.

The 4Q11 Global TPI Index found that a year-end surge in the largest contracts boosted the outsourcing market in the fourth quarter. Mega-deal TCV rose 22 percent over the prior quarter and held steady year-over year, with four of the five mega-deal awards coming in EMEA. For the year, the lion's share of the mega-deals and their associated TCV came from that region.

Boosted by mega-deals, EMEA recorded the best performance among global regions. Fourth-quarter TCV in the region was up 12 percent year-over-year and full-year TCV was up 27 percent, to a record $55 billion. For the first time, significant outsourcing activity in EMEA was not limited to the established markets of the United Kingdom, Germany and Scandinavia, with momentum seen in France, Southern Europe and the Middle East.

By scope, BPO continued its strong 2011 performance, with fourth-quarter TCV up 60 percent year-over-year and full-year TCV up 32 percent, to $29 billion. The 336 BPO contracts signed in the year was more than in any previous year, with much of the activity coming from the Financial Services sector.

Contracting activity in the IT outsourcing (ITO) segment also increased over 2010, by 8 percent, and is up 86 percent since 2005. TCV declined slightly year-over-year in the fourth quarter, and the full-year total of $66 billion represented a 6 percent decline over 2010.

Among industries, after underperforming the prior year through the third quarter, the Financial Services sector awarded a spurt of large contracts to push its 2011 TCV to $27 billion, its third-highest annual result on record. The 235 contracts awarded for the year was the highest ever for the sector.

In the Manufacturingsector, fewer contracts were signed yet TCV for the year increased. Off a smaller contract number and TCV base, Telecom & Media did very well in 2011, signing more contracts of considerably greater value.