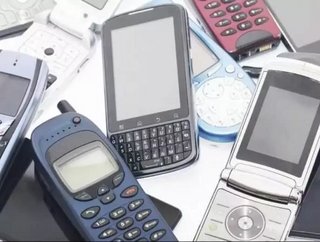 Research released today reveals that a staggering 85 percent of the UKs office workers believe they would be able to perform their duties more efficient...

Research released today reveals that a staggering 85 percent of the UK’s office workers believe they would be able to perform their duties more efficiently if their workplace was equipped with better technology.

Cloud-based expense management provider webexpenses, who conducted the research, also found that over a quarter (26 percent) of office workers wish they had better IT systems at work. In addition, 16 percent admitted that the technology they use at home is far superior to that provided by their employer.

When asked about what aspects of their job could be improved by better technology, 41 percent said that the management of teams and internal communications could be greatly enhanced. In addition, over a quarter (28 percent) of respondents said that client relationships and sales could also benefit from a boost in technology at their organisation.

The management of financial tasks was another area that the UK’s office workers felt could be improved by better technology. When it comes to financial processes like submitting work-related expenses, nearly a third (31 percent) of respondents said that their company could benefit from having better technology in place. In contrast, over half (53 percent) of respondents said that they currently find claiming expenses back from their company an arduous process.However  there are lots of things that people love about their office/work and simple things employers can do to keep staff happy.

Adam Reynolds, CEO of webexpenses, said:  “It’s clear from the results of the research that the office working environment creates some common challenges for employees. What’s more, it’s these seemingly small frustrations that can indicate deeper-rooted issues that are potentially holding back many UK businesses.

“Take office technology for instance. The fact that 85 percent of office employees have told us that they could do their job more efficiently with the right technology clearly indicates a need for many organisations need to bring their IT systems up-to-date to better support staff and company processes.

“Business leaders need to clearly listen to the concerns of their employees and think about how improvements can be made in the working environment. In fact, this is something webexpenses has done recently having created new offices overseas which give employees the comfort, working environment, and most importantly, technology they need to do the job effectively. It’s by seeking to address the frustrations caused by company processes like claiming expenses, that businesses can not only create a happier workforce, but also boost productivity and their bottom line.”

In looking at wider frustrations in the UK’s offices, the research found that 30 percent of UK office workers find their colleagues moaning to be the biggest annoyance, along with people getting involved in office politics and gossip (19 percent) and colleagues being too loud and disruptive (18 percent).

RELATED: 10 reasons to clean up your supply chain

In addition, people said that poor temperature controls (21 percent) a lack of space available in the office (20 percent), and their company’s reliance on arduous paper based processes (14 percent) were all sources of frustration.