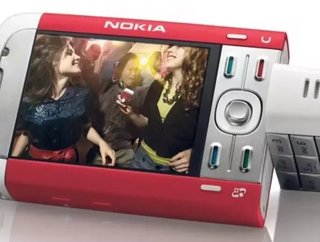 In 2008, Nokia, the worlds leading manufacturer of mobile phones, held a 40 percent market share. That figure dropped to 29 percent in the first quarte...

In 2008, Nokia, the world’s leading manufacturer of mobile phones, held a 40 percent market share. That figure dropped to 29 percent in the first quarter of this year.

In a response, Finnish-based Nokia announced it will cut 4,000 jobs and outsource another 3,000 to U.S. based global consulting firm Accenture.

The plan includes the closures of a number of branches in Europe and North America, with sites in Denmark, Finland and the United Kingdom being the most affected.

A research and development site in Romania will also be shut down.

T-Mobile, Sprint deal means nothing without the Apple iPhone

Top 25 Supply Chains in the world

Check out the latest issue of Supply Chain Digital

Despite the cuts and outsourcings, Nokia said that all employees will be able to remain on the payroll until the end of this year. At the end of 2010, Nokia employed about 132,000 people worldwide.

Select Nokia employees working in Finland, China, India, Britain and the United States will be transferred to Accenture, according to the company.

The announcement of the closures spurred an increase in Nokia shares, which increased 3.19 percent to €6.15. Nokia said it is hoping to cut €1 billion by 2013 through “corporate restructuring and job cuts.”

A good place to start saving could be with President and CEO Stephen Elop, who earned $6.7 million in 2010, according to Forbes.