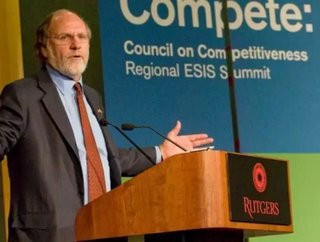 The topic of offshore outsourcing has and will come up in political debates. Its inevitable that as we grower deeper into the worldwide economic funk t...

The topic of offshore outsourcing has and will come up in political debates. It’s inevitable that as we grower deeper into the worldwide economic funk that people will be looking to politicians for answers as to why their jobs are being shipped to outsourcing professionals around the globe at an alarming rate.

Politicians are usually sympathetic to the workers. After all, that’s where their votes come from.

But for those who say enough isn’t being done, look no further than today’s front page of The Trentonian.

According to the report, New Jersey provides millions to attract large corporations to grow their business, producing new jobs for local workers. Governor Jon Corzine, who signed a law titled “The Development Subsidy Job Goals Accountability Act,” hasn’t provided figures and the law has gone “virtually unenforced”, accusing Corzine of “repeatedly ignoring inquiries about the inactive status of the measure.”

The piece continues to say that the millions the state is providing in tax cuts and grants to large businesses aren’t cost-effective, and suggests that jobs are still being shipped out of the state so the companies can earn an even larger profit margin.

Cleaning up your supply chain

You can read the full report for the finer details. The biggest thing to take from this breaking news story is that federal and state tax breaks and grants are a great way to jumpstart a business, but that money is meant to grow your business and help out the community.