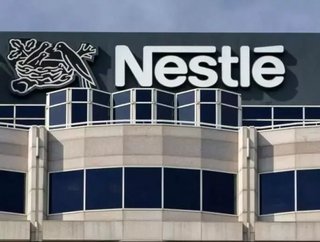 The food giant launched an investigation in December 2014 to look at its supply chain after news outlets reported that brutal and unregulated working co...

The food giant launched an investigation in December 2014 to look at its supply chain after news outlets reported that brutal and unregulated working conditions were tied to their shrimp, prawn, and dog food products.

This act of self-policing found that workers in Thailand are sold or lured by false prospects and forced to catch and process fish that ends up in Nestlé’s supply chain. The study also found that other US and European companies buying fish from Thailand are exposed to the same risks of abuse in their supply chains too.

These labourers often come from Cambodia or Myanmar looking for work and are charged horrendous amounts of money by brokers in order to get a job. They’re then put to work paying back more money than they’ll ever be able to earn.

In the report commissioned by Nestlé, one Burmese worker said: “Sometimes, the net is too heavy and workers get pulled into the water and just disappear. When someone dies, he gets thrown into the water.”

Another worker said: “I have been working on this boat for 10 years. I have no savings. I am barely surviving. Life is very difficult here.”

Nestlé is taking steps to right the wrongs found within its supply chain. Throughout 2016 the company will be implementing a strategy to protect workers that will include new requirements on potential suppliers and training on human rights for boat owners. There will be rewards in place for those who alter their practices and a high-level Nestlé manager will be assigned to this to ensure that change is happening.

Magdi Batato, Nestlé’s executive vice-president in charge of operations, said in a written statement: “As we’ve said consistently, forced labour and human rights abuses have no place in our supply chain. Nestlé believes that by working with suppliers we can make a positive difference to the sourcing of ingredients.”

You can read the full study carried out by Verite on behalf of Nestlé here.