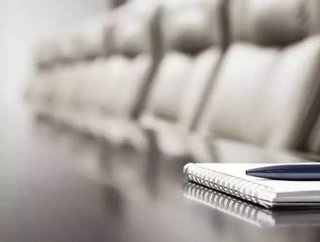 At the recent annual general meeting of SAPICS – the industry association for the South African supply chain sector – Mungo Park accepted the invitation from the directors to take up the role of Association President.

Park’s career spans 20 years in supply chain. “I have always considered supply chain efficiency to be a key contributor to business value. I believe that in Africa we are fortunate to have an organisation like SAPICS leading the provision of relevant and up-to-date supply chain education, and facilitating the sharing of supply chain and operations knowledge in Africa.”

Seftel has, between 2013 and 2015, served as member on the board of APICS – the Association of Operations Management based in America. “I am keen to be involved with SAPICS at a strategic management level once again. While SAPICS is already highly successful as the leading professional organisation for the supply chain community in South Africa, there are enormous opportunities to further extend our influence throughout Sub-Saharan Africa.”

Richard dos Santos, as a director of the Centre for Logistics Excellence (CLX) and AppliSential, has been involved with SAPICS throughout his professional career as both Authorised Education Partner and active member of the Executive Committee. “My principal interest is in further enhancing the SAPICS value proposition, and contributing to the sustainability and strategic direction of the association through, among other, the introduction of the SAPICS Education Endorsement Model later in 2016.”

The board extended the association’s thanks to Martin Bailey and Mike Johnston, both outgoing directors, for their three year commitment to SAPICS and their intent to remain active participants in the SAPICS community.

Special mention was also made of Cobus Rossouw, outgoing SAPICS president, for his years of tireless service. Rossouw was commended for all that he has done during his time as president of SAPICS and for helping to build the association progressively.  Rossouw will remain on the SAPICS board for a further year and will continue to act as Chairman of the Executive Committee.