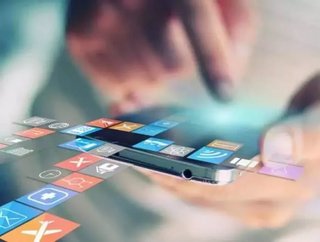 Increasing numbers of consumers are turning to social media first to voice complaints, have complicated situations resolved, and even in the case of a c...

Increasing numbers of consumers are turning to social media first to voice complaints, have complicated situations resolved, and even in the case of a crisis, according to new research.

A survey of 1,000 UK adults by customer contact outsourcer Echo Managed Services has revealed that almost one in five people (18 percent) use social media as first preference to voice a complaint, over other channels including phone, face to face, email and web chat.

In addition, 18 percent turn to social media before any other channel when a complicated problem arises and, surprisingly, 14 percent turn to it first in a crisis – when a flight is cancelled, for example.

Social media would also be first preference for 13 percent of respondents who would use the channel to request information, and a further 14 percent to make a booking. The research also revealed that almost 1 in 3 (29 percent) of consumers would move their custom elsewhere if they encountered poor service.

Experts from Echo are now urging companies to reassess where the social media function sits within their organisation, recommending that prime responsibility should sit with customer service teams, rather than in marketing.

Commenting on the findings Chris Cullen, head of sales and marketing at Echo Managed Services, said: “The findings of our research clearly demonstrate a consumer willingness to use social media in a variety of situations - perhaps most notably in complicated ones or when making a complaint. As issues raised through the channel can be unpredictable and played out in front of a potentially enormous public audience, it raises challenges in terms of who within an organisation manages social media.

“Due to the varied nature of enquiries being presented, we believe that it should be managed predominantly by the customer services function – who are experts in handling multi-channel customer enquiries day in day out, rather than the marketing department. But what’s crucial is that customer services and marketing work closely together and not in isolation.  Real time customer feedback must inform and direct marketing communications, therefore it’s alarming to see so many cases of a clear disconnect between these teams.