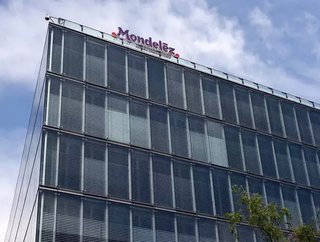 One of the world’s leading confectionery, food and beverage companies, has called out to its suppliers for 100% sustainability and 100% transparency i...

One of the world’s leading confectionery, food and beverage companies, has called out to its suppliers for 100% sustainability and 100% transparency in the sourcing of palm oil.

Mondelez International announced in a statement this week that it has challenged its supply chain, as well as the global industry, to be more sustainable and transparent in the production of palm oil.

In 2013, the company announced an action plan for palm oil, which looked to work with its suppliers to achieve 100% traceability to supplier mill level by the end of 2015 while publishing sourcing policies.

This came after the company also ceased buying from palm oil suppliers linked with allegations of illegal forest clearance.

The global palm oil market is forecast to be worth around $92bn by 2021.

“Throughout the years, Mondelēz International has continuously raised the bar for itself and its suppliers and there has been substantial progress in suppliers implementing sustainability policies and improving traceability. Nevertheless, there is more the industry needs to do in the palm oil supply chain to prevent deforestation. Mondelēz International’s suppliers have achieved industry leading levels of traceability with its Palm Oil Action Plan but there remains a gap between the current state and our goal,” said Mondelez in a statement.

Mondelez has called on its suppliers to do more, challenging them to “commit to palm oil concession mapping as a vital step to accountability and change” and “act faster to eliminate deforestation in their palm oil supply through time-bound remediation plans or Mondelēz International will cease contracts with upstream suppliers engaged in deforestation.”

As the company supports efforts to identify companies growing palm oil unsustainably and provide an opportunity to reform, engagement must deliver results. Therefore, Mondelēz International is excluding of 12 upstream suppliers as a result of breaches.

“Mondelēz International remains fully committed to driving change in the palm oil sector and today’s actions against 12 upstream suppliers reflect that commitment,” said Jonathan Horrell, Global Director of Sustainability at Mondelēz International. “We will continue to pursue existing and new initiatives that seek to drive effective change across palm oil-growing communities. The company understands that this complex challenge can only be solved through collaboration with all actors in the palm oil supply chain, from growers to suppliers and buyers, as well as local and national government and non-governmental organizations.”