Majority of UK not happy with how couriers handle calls 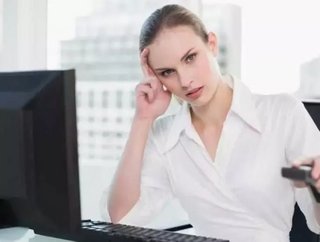 Just over a quarter of British consumers are happy with the way couriers and logistics firms handle their phone calls, new research has revealed. The s...

Just over a quarter of British consumers are happy with the way couriers and logistics firms handle their phone calls, new research has revealed.

The study of 1,000 consumers, conducted on behalf of PH Media Group, discovered only 27 per cent of respondents are pleased with couriers' phone manner.

"Poor call handling is a constant bugbear for the British consumer but, despite this, it appears couriers and logistics firms have still not risen to the challenge of achieving best practice," said Mark Williamson, Sales and Marketing Director, PH Media Group.

"If only 27 per cent of customers are pleased with the way their calls are being handled, this means there is an even larger number who have generated a negative perception through bad caller experience.

"There is perhaps a tendency among companies to focus their attention and budgets on visual marketing and internet presence but the telephone remains a crucial aspect of branding, marketing and sales."

Couriers and logistics companies in the North East (22 per cent) and the Midlands (23 per cent) fared worst in the study. But there is a marked improvement in London, however, where 37 per cent of customers are happy with how their calls are answered.

The age split found older people to be particularly dissatisfied, with only 22 per cent of 45 to 64-year-olds claiming to be happy, compared with 39 per cent of 25 to 34-year-olds.

"But regardless of the differences, satisfaction levels remain low across the board, so there is an onus on businesses to address this by improving overall caller experience.

"Responding to calls quicker or establishing a set practice for answering the phone both represent a good start but true best practice can be achieved by implementing tools such as on-hold marketing - bespoke voice and music messages that are played on hold - in order to establish top-class service and a congruent brand across all touchpoints with customers."